The Tampa Bay Buccaneers and Green Bay Packers face off on Sunday in the NFC CHampionship Game at Lambeau Field.

The Tampa Bay Buccaneers didn’t get out to a fast start against the New Orleans Saints in the last game, but at halftime they managed to be tied, and in the second they dominated. In the second half the Bucs defense gave up only seven points and that led to the victory. Quarterback Tom Brady threw for 199 yards and two touchdowns. Cameron Brate was the leading receiver catching four passes for 50 yards. Overall this season, Tampa Bay is averaging 30.7 points per game while their defense is giving up 22.1 points per game. On defense ,Tampa Bay is allowing opponents to only rush for 82.2 yards per game on the ground and making the Packers one dimensional in this game is going to be important.

On the other side of this matchup is the Green Bay Packers who had a no sweat victory over the Los Angeles Rams in the divisional round. The Packers held the Rams to only 18 points while their offense scored 32 points. Aaron Rodgers had a big game throwing for 295 yards and two touchdowns. Aaron Jones also rushed 14 times for 99 yards and a touchdown. On the season, the Packers are averaging 31.8 points per game while their defense is giving up 22.8 points per game. In this game for the Packers it’s going to be all about the offense getting out to a fast start and running up the score. They should try to put the pressure on Brady to try and keep up.

I think the Buccaneers are going to struggle to score and that is going to lead to a lower scoring affair. Look for both teams to try and run the ball and the clock will be running. Back the under to cash with ease in this game. 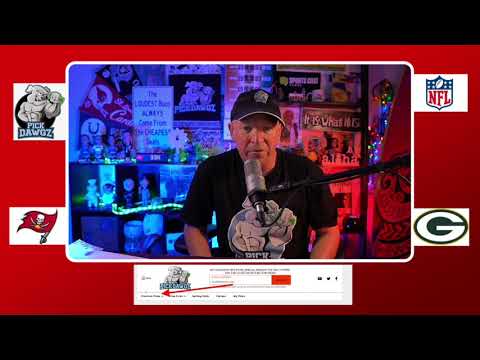