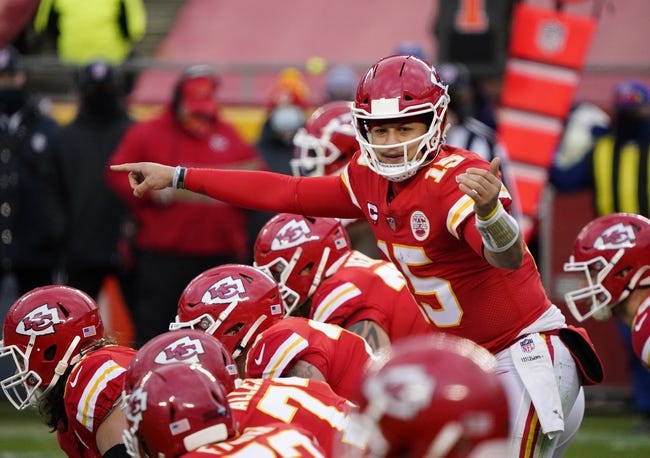 The Buffalo Bills will travel to Arrowhead Stadium to take on the Kansas City Chiefs this Sunday night in AFC Championship.

The Buffalo Bills was able to punch their ticket to the AFC Championship after defeating the Baltimore Ravens, 17-3, this past Saturday. Buffalo was led by an incredible effort by their defense had no trouble securing the victory after a 101-yard pick-six by Taron Johnson gave the Bills a 17-3 lead with :41 seconds left in the 3rd quarter. Buffalo was outgained by Baltimore by a 340-220 margin, however, did win the turnover battle by a 1-0 margin in the victory. Leading the way for the Bills on the offensive end was WR Stefon Diggs who had 8 receptions for 106 yards & 1 TD.

The Kansas City Chiefs kept their hopes of winning back-to-back Superbowl’s alive after defeating the Cleveland Brown, 22-17, this past Sunday. Kansas City looked like they were going to cruise to victory in the 2nd half after going into halftime with a 19-3 lead, however, after a concussion that knocked out Patrick Mahomes, Kansas City needed some key plays late by backup Chad Hanne to hang on for the victory. Kansas City outgained Cleveland by a 438-308 margin while also winning the turnover battle by a 2-1 margin in the victory. Leading the way for the Chiefs was TE Travis Kelce who had 8 receptions for 109 yards & 1 TD.

We will obviously have to monitor the status of Patrick Mahomes throughout the week to make sure he is able to go, however, early indications look like he will be able to play and my current pick assumes that he will be able to go on Sunday. Buffalo has had an incredible season and was impressive defensively against Baltimore, however, I just don’t see their defense being able to slow down the Kansas City passing attack in this one. Kansas defeated Buffalo by a 26-17 margin on the road earlier this season and as I expect a similar result at home in this one, I’m taking Kansas City to cover this small spread. Good Luck!