The Tampa Bay Buccaneers and New Orleans Saints face off on Sunday in the NFC Divisional game at the Mercedes-Benz Superdome.

The Tampa Bay Buccaneers had a little more trouble than they had probably hoped for against The Washington Football Team, but they moved on and that’s all that really matters in the playoffs. The Bucs scored 31 points in that game, but the defense gave up 23 points and they need the defense to look better in this game. On the seas, Tampa Bay is averaging 30.8 points per game while their defense is giving up 22.2 points per game. In the last game, Tom Brady threw for 381 yards and two touchdowns. Wide receiver Mike Evans also had a big game catching six passes for 119 yards. Chris Godwin and Antoino Brown were the two touchdown catches.

On the other side of this matchup is the New Orleans Saints and they are going to need to be a lot better in this game with their offense. In the last game against Bears the defense was good giving up only nine points but the offense could only manage 21 points and that needs to be better going forward. In the last game against the Bears, Drew Brees threw for 265 yards and two touchdowns. On the season, the Saints are averaging 29.8 points per game while defense. Against the Bears, Michael Thomas had five catches for 73 yards and a touchdown.

The Bucs offense did not look good against the Bears, and I just don’t think that Drew Brees is the answer for this team to try and win another Super Bowl. Tom Brady is the better quarterback in this game and even on the road, he is going to find success. Back the Bucs to win this game on the money line. 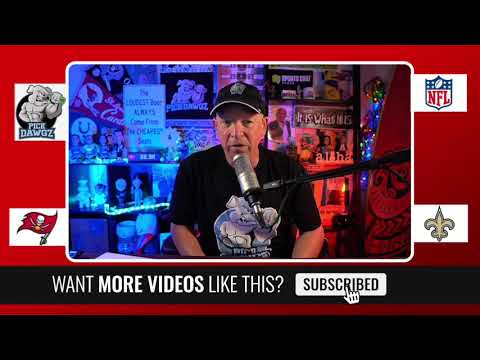