The Cleveland Browns face the Kansas City Chiefs on Sunday, January 17th at Arrowhead Stadium for the AFC Divisional Round.

The Cleveland Browns were doubted by many, but Baker Mayfield and the boys got the job done against their rivals in the Pittsburgh Steelers in the Wild Card round. The Browns defeated the Steelers by the final score of 48-37, but even that score is a bit too generous as to what actually happened in the game. The Browns jumped out to an astounding 28-0 lead in the first quarter, setting a franchise record. The Browns scored on the first play of the game, turning an abandoned snap of the Steelers into six points. The Browns are now ready for their second road game of the postseason and will have to face the defending Super Bowl champs in the Kansas City Chiefs. This has been the best Browns team in a very long time, but the run might come to an end in this battle.

The Kansas City Chiefs were given the bye in the Wild Card round due to their league-best 14-2 record. That 14-2 record includes the Chiefs Week 17 loss to the Los Angeles Chargers in a game that the Chiefs sat many starting players like Patrick Mahomes and Tyreek Hill. The Chiefs are not only the favorites in this game but the overall favorites to win the Super Bowl yet again. Mahomes and company own one of, if not, the most explosive offenses in the entire league. The defense for Kansas City has also played well, making this year's Chiefs team a tough out for any team. The Chiefs will look to reach the AFC Championship for the third-straight year with a win at Arrowhead.

The Chiefs are 10-point favorites and the total is set at 56. I do believe that the Chiefs are going to win this game, but I also think that 10 points are a bit too many to lay with the home team. The Browns should be able to compete for at least the first two quarters of this game, and getting 10 points with a team that has already won a playoff game this season is not a bad idea normally. I will take the points. 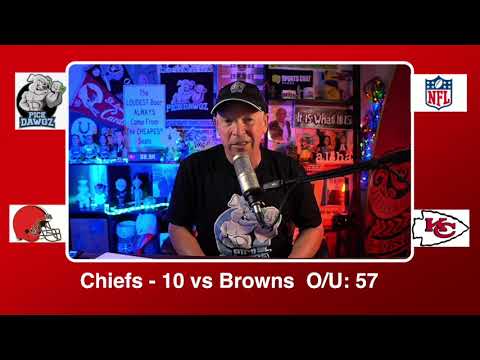