The Los Angeles Rams and Green Bay Packers face off on Saturday in the NFC Divisional Round at Lambeau Field.

The Los Angeles Rams were able to beat the Seattle Seahawks but there still has to be some questions heading into this game. Jared Goff was rushed into service after John Wofford was knocked out of the game, but it was clear the thumb was still bothering him. All signs point towards him starting in this game, but there still have to be some concerns about how healthy he is. Goff completed 47.4 percent of his passes for 155 yards and a touchdown. The Rams come into this game averaging 23.6 points per game while their defense is 18.6 points per game. In this game the defense is going to need to be strong because they probably shouldn’t trust the offense.

On the other side of this matchup is the Green Bay Packers who will have to be disappointed if they don’t win the Super Bowl this season. Coming into this game the Packers have won six games in a row and they have covered the spread in five of the games. On offense for the Packers it’s all about Aaron Jones, Aaron Rodgers and Davante Adams. For the Packers this season it’s all about that offense and coming into this game they are averaging 31.8 points per game. The Packers are averaging 256 yards on the ground and 132 yards per game through the air.On defense this season the Packers are giving up 23.1 points per game and they need to be better in this one to try and take some of the pressure off of Rodgers and the rest of the offense. 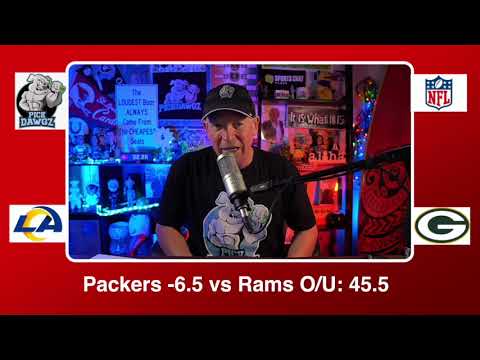