The Baltimore Ravens will travel to Bills Stadium to take on the Buffalo Bills in the AFC Divisional Playoffs this Saturday night in NFL action.

The Baltimore Ravens continued their strong play from the end of the regular season and also got some revenge as Baltimore was able to defeat the Tennessee Titans, 20-13, in an AFC wild card game this past Sunday. Baltimore fell behind by a 10-0 margin early in the game, however, the defense was outstanding the rest of the way and was able to take the lead for good on a 4-yard TD run by J.K. Dobbins early in the 3rd quarter. Baltimore outgained Tennessee by a 401-209 margin and forced 1 turnover in the victory. Leading the way for the Ravens was QB Lamar Jackson who despite completing just 17 for 24 passes for 179 yards & 1 INT, was outstanding on the ground as he racked up 136 rushing yards & 1 TD on 16 carries.

The Buffalo Bills picked up their first playoff in win in 25 years after defeating the Indianapolis Colts 27-24 this past Saturday. Buffalo was able to take a 24-10 lead early in the 4th quarter on a 35-yards TD reception by Stefon Diggs and was able to hang on late after a late charge by the Colts. Buffalo was outgained by Indianapolis by a 472-397 margin and didn’t commit a turnover in the victory. Leading the way for the Bills was QB Josh Allen who completed 26 of 35 passes for 324 yards & 2 TD’s while also adding 54 rushing yards & 1 TD on 11 carries.

Buffalo has been a great story line this season and certainly has a bright future in front of them with the duo of Josh Allen & Stephon Diggs, however, this is going to be a tough matchup for the Bills as the Ravens have the defense to slow down Allen and company and is going have to trouble containing Lamar Jackson and the Baltimore rushing attack. Baltimore has more playoff experience and as I just don’t think the Bills defense will have much success in this one, I think the play here is to take Baltimore and the points. Good Luck! 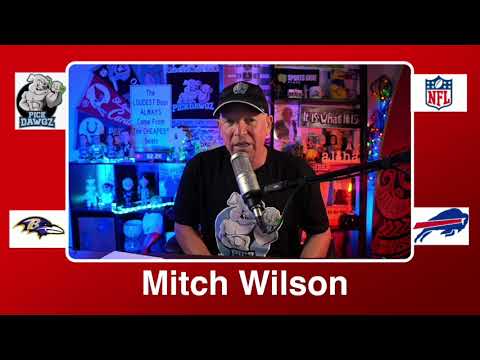