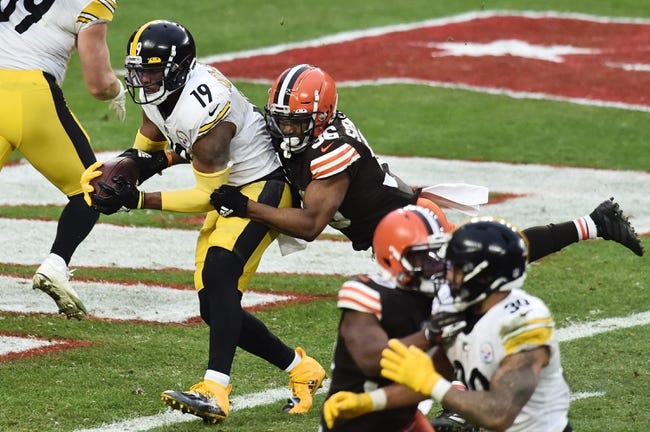 The Cleveland Browns and Pittsburgh Steelers rivalry is one of the biggest in the NFL today, and these teams get to meet for the second time in two weeks for the AFC playoffs. The Browns and Steelers ended their regular seasons in Cleveland with a 24-22 victory in favor of the Browns. With the win, the Browns ended their ruthless playoff drought that stood from the 2007 season. The Steelers sat many key players in that game, including guys like Big Ben, TJ Watt, Joe Haden, Terrell Edmunds, and others. For Mason Rudolph and the Steelers to make things interesting against a complete Browns team may set off some alarms for Browns fans.

The Browns ended the season with an 11-5 record out of the AFC North. The Browns owned the 13th ranked offense and the 21st ranked defense in terms of points for and points against per game this season. Quarterback Baker Mayfield was decent in spots, but was not the sharpest at times, especially in the Week 17 game against the Steelers. Mayfield has to step up his game in his first career postseason matchup or else the Browns are a shoo-in for a one-and-done.

The Steelers started the year with a perfect 11-0 record, but things got out of hand at the end of the season. The Steelers lost four of their last five games to end the regular season, and two of those losses were to teams with sub .500 records. The Steelers' defense was the main reason why the Steelers won 12 games in the regular season, as Pittsburgh held opponents to 19.5 points per game (3rd best in the NFL). The Steelers also led the league in total sacks with 56. If Pittsburgh wants to make it to the Super Bowl this year, the defense is going to have to shine each and every game, and that starts in this Wild Card contest.

The Steelers are 4.5-point favorites and the total is set at 46.5. I think this game is going to be highly defensive; I see Cleveland giving the workload to Chubb and Hunt, while Pittsburgh tries to put pressure on Mayfield and the Browns' O-Line for the entire game. In a playoff game between two teams that hate each other, I like the defense to shine, therefore I will take the under.