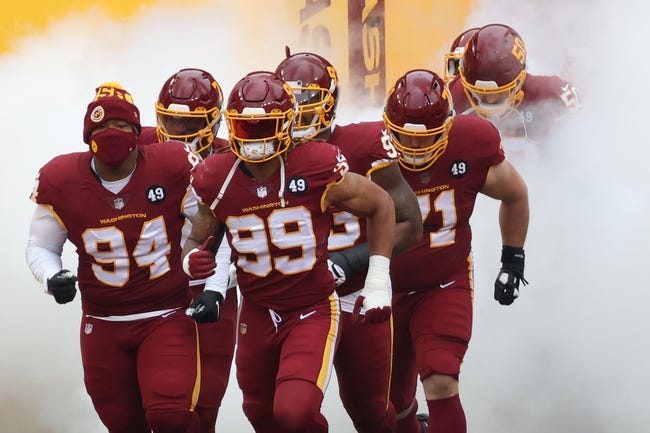 The Tampa Bay Buccaneers will travel to FedExField to take on the Washington Football Team in an NFC Wild Card Playoff matchup this Saturday night.

The Tampa Bay Buccaneers finished the season an overall record of 11-5 and earned the 5-seed in the NFC playoffs after finishing 2nd in the NFC South. Tampa Bay came in with high expectations this season after acquiring Tom Brady and a bunch of offensive weapons and despite some growing pains, Tampa Bay finished the season strong winning their final four games, including a 44-27 victory over the Atlanta Falcons this past Sunday. Tampa Bay went 0-3 in their games against New Orleans & Kansas City this season, however, the Buccaneers did have an outstanding 38-10 victory over the Green Bay Packers who ended the season as the top team in the NFC.

The Washington Football Team finished the season with just an overall of 7-9, however, Washington earned the 4-seed and a home playoff game after clinching the NFC East with a 20-14 victory over the Philadelphia Eagles this past Sunday night. Washington started off the season with just a 2-7 record, however, Washington was able to put together a nice 4-game wining streak towards the end of the season which included a victory over the Pittsburgh Steelers and was able to do enough to earn their first playoff spot since the 2015 season.

Tampa Bay comes into this game as a large road favorite as their explosive offense seems to be running on all cylinders at the moment, however, we’ll have to monitor the status of one of their best receivers in Mike Evans as his injury this past Sunday looked pretty bad and I won’t be shocked if he can’t go for this one. Washington doesn’t have many weapons on the offensive end, however, there is no doubting that their defense is one of the best in the NFL and one advantage of going up against Brady is that there is no threat of him beating with you his legs. Tampa Bay should be able to get the win in this one, however, I think this game is going to be a bit closer than everyone expects and I’m going to side with Washington and the points. Good Luck!