The Pittsburgh Steelers face the Cleveland Browns on Sunday, January 3rd at FirstEnergy Stadium for an AFC North matchup.

The Pittsburgh Steelers are coming off a 28-24 win over the Indianapolis Colts in their last game in Week 16. The Steelers were able to put an end to their horrific three-game losing streak after losses to Washington, Buffalo, and Cincinnati. The Steelers did not look good in any of those games, but Pittsburgh was finally able to show a strong second-half performance to earn its 12th win of the season and clinch the AFC North division. The Steelers have scored 26.3 points per game and have earned 338.5 total yards of offense per contest as well. The Steelers have also allowed 19.2 points per game and have conceded 325.9 total yards of offense per contest to their opponents. The Steelers will look to make things challenging for the Browns to clinch a playoff spot in this one.

The Cleveland Browns are coming off an embarrassing loss to the New York Jets on the road in their last game on December 27th in Week 16. The Browns dropped the game to the lowly Jets by the final score of 23-16 at MetLife. The Browns were without many key players, including their main wide receiver weapons. Baker Mayfield threw the ball 53 times as a result, which is a bit of a head-scratcher when you have Nick Chubb in the backfield (who only got 11 carries and scored the team's only touchdown). The Browns are now 10-5 and still have some work to do to clinch a playoff spot. Out of the Titans, Ravens, Browns, Dolphins, and Colts, one of those teams will not make the AFC postseason. The Browns score 25.6 points per game and allow 26.5 points per game to their opponents this season.

The Cleveland Browns are a 6.5-point favorite and the total is set at 42.5. The Chiefs have already clinched the #1 overall seed in the playoffs, therefore the Steelers have nothing to play for other than seeding behind Kansas City. The Steelers will sit a lot of guys in this game, and that bodes well for a beaten up Cleveland squad. I will take the Browns in a game that Cleveland wants 110% more than Pittsburgh. 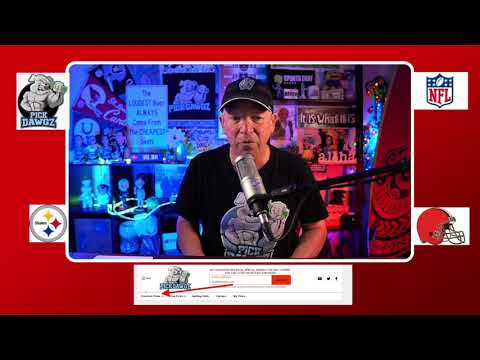