The Las Vegas Raiders and Denver Broncos face off on Sunday in a Week 17 NFL showdown at Sports Authority Field.

The Las Vegas Raiders cost themselves their season in Week 16 by trying to burn the clock instead of going for the touchdown. The Raiders looked to have an easy touchdown but went down to try and burn the clock and kick the field goal .The Dolphins drove down the field and hit the game winning field goal. On the season Las Vegas has a 7-8 record overall and they have lost three games in a row. And in one of the games they were even the favorite.  The offense for the Raiders has been inconsistent but they have been good for the most part averaging 26.8 points per game. The biggest issue for Las Vegas has been with their defense giving up 29.8 points per game. On the season, Derek Carr has thrown for 3,732 yards, 25 touchdowns, and seven interceptions.

On the other side of this matchup is the Denver Broncos who come into this game with a 5-10 record overall and they have lost two straight games. Each of the last two games the Broncos have been underdogs, and they have failed to cover the spread in each of the games. This is a Broncos offense that has struggled this year and over the last two games they are averaging 17.5 points per game. On the season, Denver is averaging 19.5 points per game while their defense is giving up 27.6 points per game. One problem for the Broncos is Drew Lock has been inconsistent under center for this team. In the last game against the Chargers Lock completed 51.1 percent from the field throwing for 264 yards, zero touchdowns, and two interceptions.

The Broncos are going to struggle to score in this game and that is going to keep this game low scoring. Even if the Raiders do score plenty of points, there isn’t going to be enough points for this game to go over the total. Back the under to cash in this game. 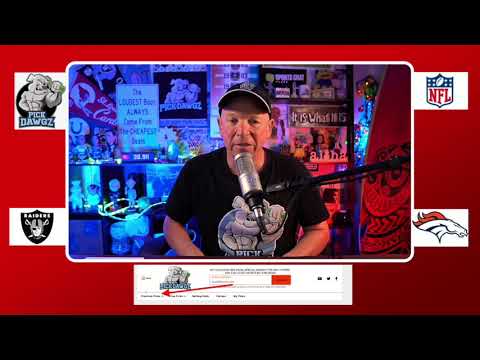