The Green Bay Packers will travel to Soldier Field to take on the Chicago Bears this Sunday afternoon in NFL action.

The Green Bay Packers won their 5th straight game and improved to 12-3 on the season after defeating the Tennessee Titans, 40-14, this past Sunday night. Green Bay had no trouble generating offense through the air and on the ground against the Titans and put the game out of reach after a 30-yard TD run by AJ Dillon gave the Packers a 33-14 lead with 3:35 left in the 3rd quarter. Green Bay outgained Tennessee by a 448-260 margin and also won the turnover margin by a 2-1 margin. Leading the way for the Packers was Aaron Rodgers who completed 21 of 25 passes for 231 yards, 4 TD, & 1 INT.

The Chicago Bears won their 3rd straight game and improved to 8-7 on the season after defeating the Jacksonville Jaguars, 41-17, this past Sunday. Chicago dominated Jacksonville on both ends of the field and had no trouble securing the victory after 21-unanswered points in the 3rd quarter gave the Bears a 34-10 lead. Chicago outgained Jacksonville by a 391-279 margin and won the turnover battle by a 2-1 margin in the victory. Leading the way for the Bears was QB Mitchell Trubisky who completed 24 of 35 passes for 265 yards, 2 TD, & 1 INT while also adding a rushing TD.

This should be a fun game to watch on Sunday as both the Packers and the Bears have plenty to play for in this game as Green Bay is trying to clinch the top seed in the NFC while the Bears are trying to hold on to the last playoff slot. Green Bay’s offense has looked unstoppable as of late, however, this is a Bears team that is very familiar with this Packers roster and although it’s hard to trust both Mitchell Trubisky & David Montgomery to continue their solid run, I think this game comes down to a possession late and I think the play here is to take the Bears at home with the points. Good Luck! 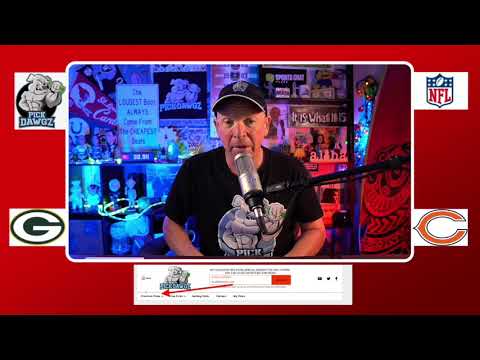