The Atlanta Falcons and Tampa Bay Buccaneers face off on Sunday in an NFL Week 17 showdown at Raymond James Stadium.

The Falcons don’t have much to play for but the Buccaneers can lock up  the 5th seed with a victory in this game.

The Atlanta Falcons have had another down season and coming into this game they have lost four games in a row. Even though they have struggled they were competitive in their last game against the Kansas City Chiefs especially with the defense, but they couldn’t make the plays late and that led to a 17-14 loss. On the season, Atlanta is averaging 24.6 points per game while their defense is giving up 24.7 points per game. Quarterback Matt Ryan has been inconsistent, but on the season he has thrown for 4316 yards, 24 touchdowns, and 11 interceptions. Wide receiver Calvin Ridley is also having a big year catching 82 passes for 1,322 yards and nine touchdowns. Julio Jones is still dealing with a hamstring injury and it’s unclear if he will be able to go in this game.

On the other side of this matchup is the Tampa Bay Buccaneers who have won three games in a row and they have covered the spread in two of the last three games. In the last game against the Detroit Lions, Tom Brady didn’t even play in the second half because they already had the big lead. Brady completed 81.5 percent of his passes for 348 yards and four touchdowns. On the season the Bucs are averaging 29.9 points per game while their defense is giving up 21.9 points per game. One issue for the Buccaneers is they are without running back Ronald Jones who is dealing with a finger injury. In this game it’s going to be about the offense being strong.

Tampa Bay is going to want to make another statement in this game and Tom Brady is going to have a big game. Look for the Bucs offense to find a lot of success and that will lead to the Buccaneers winning this game and covering the spread. 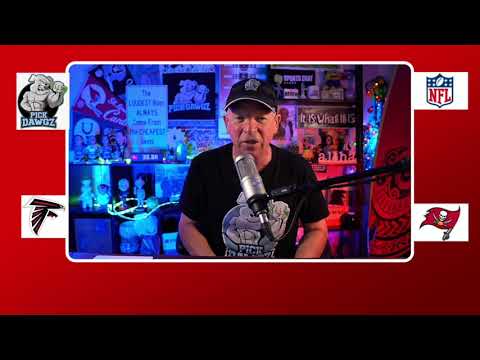