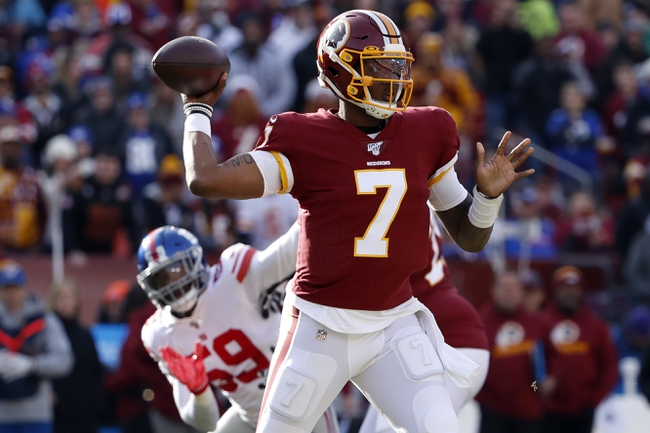 The Washington Redskins and their fans went into the 2019 season not expecting much. There was a level of excitement for rookie quarterback Dwayne Haskins, and there was also some intrigue for younger prospects like Derrius Guice and “Scary” Terry McLaurin. The season went as expected, rough record with lots of losses, but some moments that show promise for the future, especially out of Haskins.

The Redskins have a pick in every round except the second and sixth, and they have two seventh-round picks

The Redskins defense was below average, being ranked 27th in the league in terms of points given up per game. Their pass defense was actually among the better half of the league, with guys like Landon Collins producing solid (and in his case a Pro Bowl appearance) numbers. The rush defense was not as fortunate, as it gave up the 31st most rushing yards per game in the league.

With this being said, an excellent first-round selection for Washington would be to take Chase Young (Ohio State). Young is an exceptional talent that has proven he is ready for the NFL every week with the Buckeyes. The pick would also be smart because it would block the division-rival Giants from taking him as well (something some teams actually think about more often than you would think).

Of course, the Redskins offense struggled due to their pass game, which was 32nd in the league in passing yards per game. Although this stat may seem alarming, it should not carry over into next season and the seasons that follow due to the development of Dwayne Haskins. The Redskins should, however, look to the draft in the third or fourth round for another wide receiver to take the pressure and coverage away from Terry McLaurin a little. WR Jalen Reagor (TCU) or WR Tyler Johnson (Minnesota) would be good third or fourth-round selections for the Skins.

As far as the later rounds, the Redskins should look to follow up on strengthening the offensive line as well. Without a good offensive line, Haskins or any QB will suffer, and therefore so will the passing game. The Redskins OL is not too bad, but some depth pieces like OT Alaric Jackson (Iowa) or OG Damien Lewis (LSU) would only make it stronger.

Overall, although this team was miserable this season, there are many pieces that just need proper development and time to flourish in this league. The rebuild process was already underway, and the franchise should look to the draft in 2020 to take the next step as an organization.