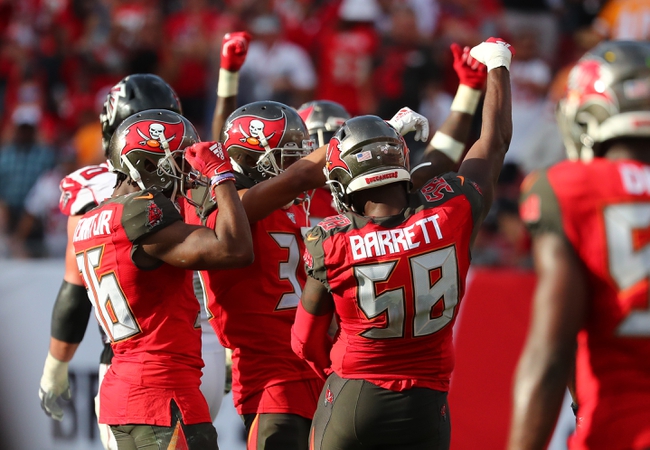 The Tampa Bay Buccaneers had not been to the playoffs since 2007, and the long playoff drought continued in 2019. The Bucs could not rebound from a 2-6 start, even though they finished the season a modest 7-9. The Bucs had their moments, with some players like Mike Evans and Chris Godwin putting up monster games with amazing catches and various other feats. Overall, the Bucs do not seem too far away from being a contender in the NFC.

The Buccaneers own a pick in every round of the 2020 NFL Draft except the seventh round. With six selections in the draft including the fourteenth overall pick, the Bucs will look to build an already promising roster.

The Buccaneers defense in 2019 was not very good, after a 2018 season where they were also really bad. Tampa Bay was 29th in the league in points given up per game at 28.1. The Bucs had the 30th ranked passing defense, as once again their inexperienced secondary struggled badly, giving up about 270 yards per game. The Bucs would love to be able to grab Grant Delpit, a safety out of LSU that could improve the pass defense for Tampa tenfold.

The Bucs rushing defense was the exact opposite, as they had the #1 overall rushing defense in not only their division or conference but the entire NFL! The Bucs held opposing rushing attacks to only 73.8 yards per game, more than 13 yards less than the 2nd ranked New York Jets. It was simple for opposing teams to focus on their passing game when playing the Bucs, especially in the NFC South division with Drew Brees and Matt Ryan. The Bucs do not need to do too much more on their defensive line, other than make sure the same group is available for 2020.

The Bucs offense was led by Jameis Winston, who very well may not be the starting quarterback for Tampa Bay come Week 1 of the regular season. Winston threw for over 5,000 yards and 33 touchdowns, what could be the problem? He is the first 30-30 player in NFL history, throwing 30 interceptions as well. Turnovers and mistakes by Winston plagued his team incredibly, especially when in need of a big play or momentum switch. Winston himself knows that he needs to stop giving away the ball, and if he can limit the turnovers by at least 50%, he can be elite. With so many weapons in the passing game, Tampa Bay will most likely not go after anyone in the early rounds to add to it.

The Buccaneers rushing game faired better than what most expected but it still was below average. With a running back committee that does not blow anyone away (Peyton Barber, Ronald Jones, etc) the Bucs struggled to establish a running game, which really did not matter as Winston was throwing a majority of the time anyway. The Bucs may want to add some pieces to their offensive line, and someone they could target in the third or fourth rounds would be OT Samuel Cosmi (Texas). His size (6’5 295 lbs) may not be as large as other players in his position, but his athleticism is what differentiates him.

The Bucs will look to improve enough to make the postseason for the first time in over a decade in 2020, and with the current roster, that could be possible. The draft and offseason should be used to strengthen positions that are currently weak like the entire secondary.