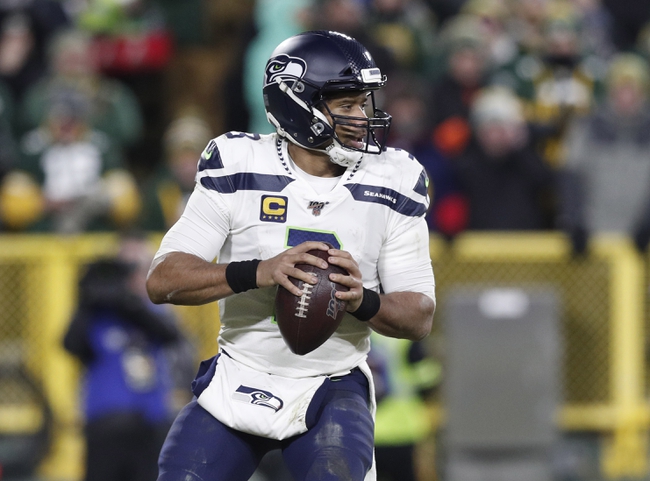 The Seattle Seahawks led by QB Russell Wilson caught the NFC at the worst possible time. As even though Seattle went 11-5 and had a successful regular season, they entered the postseason as the fifth seed and lost to an even better Green Bay Packers club.

Seattle will have six selections in the 2020 NFL Draft as of now, which includes their first-rounder, two seconds, and a fourth, fifth, and sixth.

Seattle has enjoyed incredible defenses in recent history. The all-powerful “Legion of Doom” was a major reason for the success of Seahawk football in the previous decade. This season, however, was an off-year for the Seahawks on the defensive side, and it was the reason for the eventual demise in the NFC Playoffs. Ranked 22nd overall in points allowed per contest, the Seahawks allowed 24.9 points per game, which is plainly not good enough to tackle a Green Bay or San Francisco. Seattle was also ranked 22nd in their rushing defense, giving up 117.7 yards per game to opposing ground games. Unfortunately for them, the passing defense was even worse, ranked 27th in the league in yards allowed through the air per game. It was a disappointment for HC Pete Carroll and his defense, and it will be addressed in the first round of the 2020 NFL Draft. The Seahawks have the 27th overall pick, and a perfect choice for them would be CB C.J Henderson (Florida) or CB Bryce Hall (Virginia). Both of these guys would definitely fit the mold in Seattle, and along with a few more pieces could rebuild the Seattle defense.

Seattle’s offense is what made them competitive in 2019-20, as they were ranked 9th in the league in points scored per game, averaging 25.3. In the early part of the season, QB Russell Wilson was almost a shoo-in for the league’s MVP honor, but as the season moved forward although he continued to play well, he did regress a bit. He ended the season with 31 passing TDs and only 5 interceptions, so he had a fantastic season overall. His passing offense was ranked 14th in the league in yards per game, and it should be known that he did experience a lack of weaponry. WR Tyler Lockett and WR DK Metcalf played well, but they were tightly covered in most matchups. Wilson could have used one more talent in the passing game that would be just as consistent as Lockett and Metcalf. The Seahawks were ranked 4th in the league in rushing, averaging 137.5 yards per game. Chris Carson and Russell Wilson had good years running the ball, as Wilson’s rushing numbers went up a tad from last year. I see Seattle using one of their second-round selections taking a wide receiver or tight end that is athletic, and versatile in the passing game. A possible choice could be WR Donovan-Peoples Jones (Michigan) or TE Brycen Hopkins (Purdue).

Overall, Seattle had a good season in most aspects of the game. With the start they had, many people figured it would be the battle of the birds (Ravens vs. Seahawks) in the end, but with both teams now out of the running, it only goes to show that the NFL is a marathon, not a sprint.