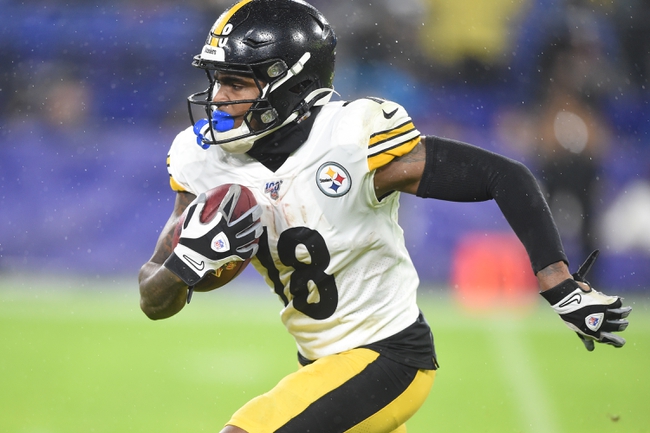 The Pittsburgh Steelers gave it all they had in 2019, led by one of the most underrated coaches of all time, Mike Tomlin. The Steelers were beaten and battered by the injury bug, as Big Ben and QB Mason Rudolph both went down with injuries. The third-string QB Delvin Hodges and the rest of the Steelers gave it a good push but just did not have the talent level possible to make the postseason.

Unfortunately for the Steelers, they do not have a first-round selection in the 2020 NFL Draft. They do have a second, two fourths, a sixth and seventh-round picks, however.

The Steelers defense carried their team, as they had the 6th ranked defense in terms of points given up per game (18.9). The trade that lost them their 2020 first-round pick was for S Minkah Fitzpatrick from the Miami Dolphins, and he had a great year, making the All-Pro team. The Steelers rushing defense was a tad above the league average, but the passing defense was the 3rd best in the league trailing only the Patriots and 49ers. The major reason why the Steelers went 8-8 was that they relied on their great defense, as their offense just could not get it done without QB Ben Roethlisberger, not to mention they were out WR Antonio Brown and RB Le’Veon Bell too.

The Steelers offense was ranked 27th in the league in points scored per game (18.1), and it was no surprise to see them ranked 31st in passing yards per game, as their QB play suffered without Big Ben. Mason Rudolph and Delvin Hodges gave it their all but clearly did not have the talent nor experience to be able to beat opposing defenses consistently. They had their moments but did not play with any consistency at all. The running game with RB James Connor, RB Benny Snell Jr., and others also was not good enough. The rushing offense for Pittsburgh was ranked 29th in the league in yards earned per game, only averaging about 90 per contest.

Again, Pittsburgh does not have a first-round pick, therefore they will have to wait until the second round to make their first selection in the draft. With Ben Roethlisberger getting older, it may not be out of the question for the Steelers to draft a QB in the second round or later of this draft. QB Jalen Hurts (Oklahoma) is a proven talent and hard worker. He has played well in different offenses and systems and could be the QB of the future for Pittsburgh.

The Steelers will also need to fix their offensive line situation, which had a poor performance in 2019. OG Kevin Jarvis (Michigan State), OT Robert Hunt (Louisiana-Lafayette) and T.J. McCoy (Louisville) may all be available come the fourth round for Pittsburgh. Remember, the Steelers are without their third-rounder as well, so they will have to make the most of the second and fourth rounds.

Pittsburgh’s future is far murkier than most of the other teams in the NFL. They have some haunting issues like the age and health of Ben Rothlisberger but also have some promising young, talented players like Minkah Fitzpatrick. We will know soon how Pittsburgh and its management take on the future.