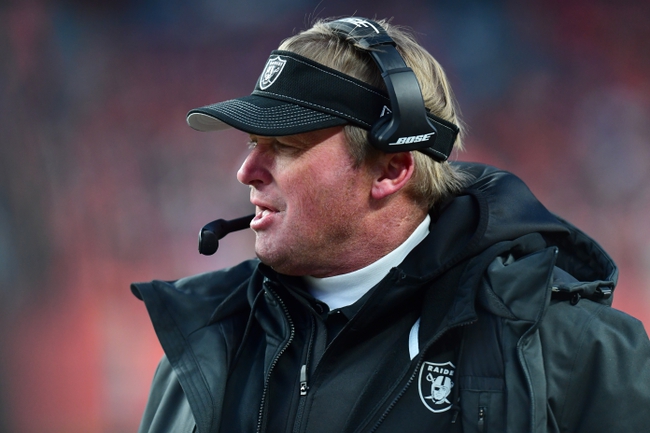 The Oakland Raiders in 2019, the team featured in HBO’s “Hard Knocks” series, had a bumpy season to say the least. Involved in the Antonio Brown dilemma at the beginning of the year, the Raiders and coach Jon Gruden tried to not let the distractions get to them. The Raiders, moving to Las Vegas in 2020, will not chalk 2019 as a total disaster, but yet again, not a success.

The Raiders have two first-round picks, no second round, three third-rounders, a fourth, a potential fifth, and one-seventh round pick in the 2020 NFL Draft.

The Raiders defense was rocky throughout the 2019 season, as they owned the 24th ranked D in terms of points given up per game. Although their rushing defense was more than exceptional, (8th best, giving up 98.1 yards per game) it was their secondary and pass defense that struggled badly at times. The Raiders had the 25th ranked passing defense, giving up 256.7 yards per game. With the twelfth overall pick, the Raiders will most likely want to address that hole in the secondary and CB Kristian Fulton (LSU) may do the trick. Fulton has a great football IQ and would work well with coach Gruden and his system.

The Raiders offensively also struggled a bit, as they were ranked 24th in the league in points scored per contest. The passing game led by Derek Carr was solid, as although Carr did not blow anyone away with his play or numbers, he did not turn the ball over a lot (only 8 INTs, 3 Lost FUM). TE Darren Waller was the diamond in the rough for Oakland, as he put together an outstanding campaign in 2019. Tyrell Williams, Hunter Renfrow, and other role players in the passing game faired well also. RB Josh Jacobs played very well in his rookie season, despite battling some injuries during the course of the year. There has been a lot of talks that Oakland will want to boost their pass game that was quite thin at the WR position. Henry Ruggs (Alabama), Laviska Shenault Jr. (Colorado) and any other top tier wide receiver would be on the target list for the Raiders for their second pick in round 1.

As for the remainder of the draft, Oakland/Las Vegas will still have many picks to make, as even though they do not own a second-rounder, they have three third-round selections. Fans can expect the Raiders to tap back into their desperate help in the pass defense side of the game, as well as perhaps beefing up their offensive line to aid Jacobs and Carr just a tad. OT Calvin Throckmorton (Oregon), WR Justin Jefferson (LSU), EDGE Alton Robinson (Syracuse), and S K’Von Wallace (Clemson) all may be potential third-round hopefuls for the Raiders.

The rest of the draft becomes the “best player available” situation for not only the Raiders but the majority of the league picking after them.  In 2020, with a fresh look, these Raiders may finally have what it takes to flirt with the postseason after being denied for the last three seasons.