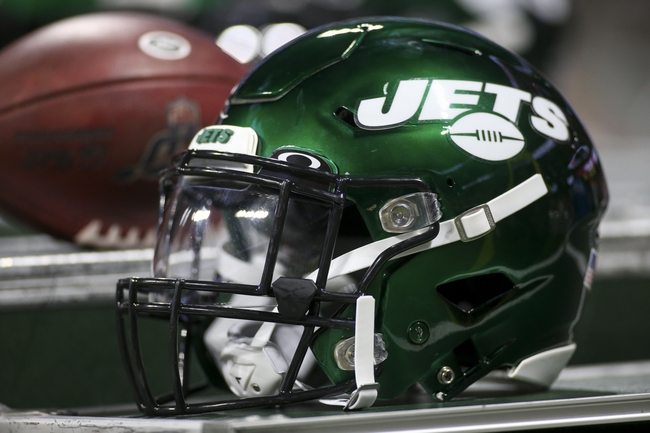 Who Will The Jets Select With Their First Round Pick?

The New York Jets own the 11th overall pick in the 2020 draft, and after a slow free agency period, it’s important they hit on their first-round pick. Odds have been released for who the Jets will select. Let’s break down the five players with the highest odds, and which player the Jets will end up with,.

CeeDee Lamb +350, The Jets brought back Robby Anderson but it still seems clear that wide receiver is a top priority for their squad. CeeDee Lamb was a standout with the Oklahoma Sooners and in 2019 he caught 1327 yards and 14 touchdowns. He is explosive and would give the Jets a playmaker week 1 of the 2020 season.

Mekhi Becton +400, The Jets need offensive line help, and Mekhi Becton out of Louisville would make a whole lot of sense. Becton is a complete player, very strong, and could be an anchor for the Jets offensive line for years to come. Becton did fail a drug test, which could be a concern to the Jets.

Jerry Jeudy +425, Jerry Jeudy is a standout from the Alabama Crimson Tide, and there are some mixed reviews about how his game will translate to the NFL. Jeudy has elite speed that is going to make him hard to defend in the NFL. In 2019 with the Crimson Tide, Jeudy caught 77 passes for 1,163 yards and 10 touchdowns.

Andrew Thomas +450, If the Jets do decide they want to go offensive line another guy they could target is Andrew Thomas who played his college ball with the Georgia Bulldogs. In 2019, Thomas started all 13 games at left tackle and he was named a first-team All-American.

Henry Ruggs +700, Another Alabama wide receiver Henry Ruggs has the fifth-best odds to be drafted by the Jet with the 11th overall pick. Ruggs does a good job of making people miss when the ball is in his hands. If Jeudy is gone, Ruggs could be in play, but it’s hard to imagine Ruggs would go if Jeudy was still available

Pick: The Jets need wide receiver help but they are going to focus on getting the offensive line improved with their first round pick. Thomas was an All-American and doesn’t have any red flags to his game. Look for the Jets to select Thomas, which will make Sam Darnold very happy.