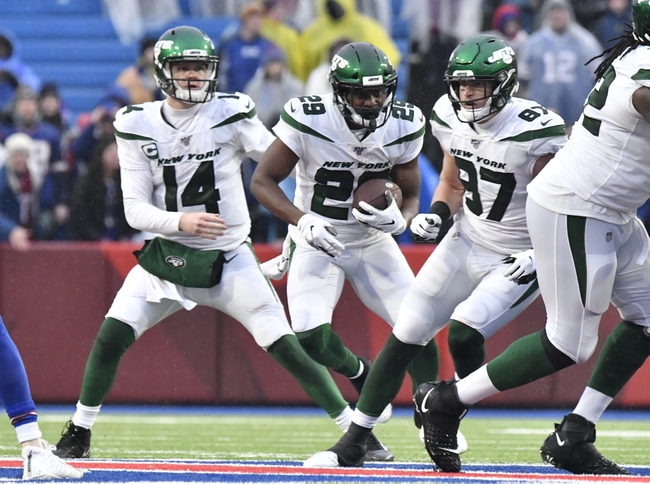 The New York Jets in 2019 was a team that had big aspirations but failed to meet most of their goals. Despite a productive defense, the team was never able to string enough victories together to be considered contenders for the AFC Wild Card.

The Jets have a pick in every round of the 2020 NFL Draft except the seventh, and they own two third-round selections as well. Having four picks inside the first three rounds can provide the Jets a good amount of NFL ready talent; the amount they may need to jump to the next level.

The Jets defensively were not all that bad, as even though they were a tad below the league average in points given up per game, they still boasted the league’s 2nd ranked rush defense. Not allowing the opposition to the run the football was a big reason the Jets won 7 games in a season where they play may not have resembled that. The win over the Dallas Cowboys at the Meadowlands was thanks to holding Ezekial Elliot to only 3.75 yards per carry (which is not terrible, but not Zeke good). The pass defense was not as successful, but it also was right around league average. The Jets defense was not the reason why they were under .500 for the fourth straight season.

The Jets offensively at times were hard to watch, especially early on in the season when Luke Faulk (and a little Trevor Siemian) was at QB. The Jets were ranked 31st in the league in points per game which is nowhere near where the team thought they would be to start the season. Even with the addition of star RB Le’Veon Bell, the Jets were still ranked 31st in the league in rushing yards per game. Not all of this is Bell’s fault, but he did not have the season that many expected. Bell only amassed three rushing touchdowns and did not look like the Bell football fans were used to seeing. With all of this being said, the passing offense also struggled badly, ranked 29th in the league in yards per game. The solution for the Jets is simple, beef up the offensive line, which will inversely boost Le’Veon Bell’s confidence in running; and find more wide receivers and targets for Sam Darnold (who also struggled quite a bit in 2019). A first-round pick that makes sense for the Jets is WR Cee-Dee Lamb (Oklahoma), a playmaker that can be Mr. reliable for Darnold and the passing game.

In the rounds following, the Jets should try and target guys like OT Trey Adams (Washington), OT Mekhi Becton (Louisville) or OT Josh Jones (Houston). Any of those guys would be sufficient picks in the second round.

In the third round, the Jets should double down and grab another OL piece that can strengthen one of the league’s worst. OG John Simpson (Clemson), OG Logan Stenberg (Kentucky) or Netane Muti (Fresno State) would all be good choices.

In the mid to late rounds, the Jets need to find a kicker, someone that is NFL ready and can take NY out of the recent funk of bad kickers. Rodrigo Blankenship from Georgia would be a great choice.

Overall, the Jets have pieces of defense that make them scary. They also have guys like Darnold, Bell, Crowder, etc that can provide an above-average offense, especially when you add-in a talent like Cee-Dee Lamb. Add some help on the O-Line, and the Jets may be competitive in 2020.