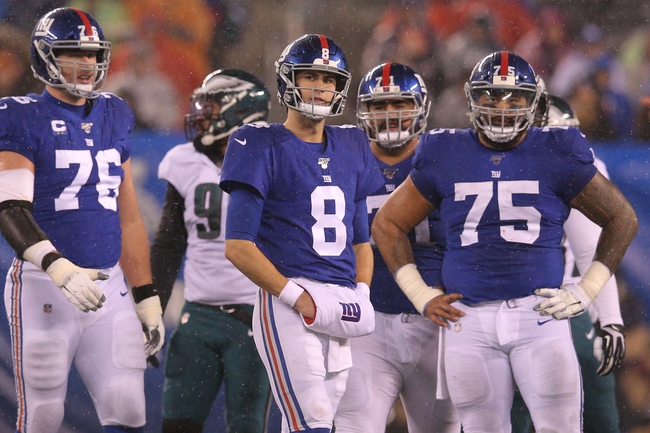 The New York Giants had their 3rd straight season under .500, as they went 4-12 and ended a very disappointing, yet not surprising season. Quarterback changes, injuries, bad management, and so many other dysfunctionalities caused the Giants to suffer throughout the season.

The Giants have selections in every round except the 3rd (traded to the Jets for Leonard Williams). They also have two 7th round picks thanks to a trade with the Saints, where the G-Men sent Eli Apple to New Orleans.

The biggest issue with the Giants this season was the defense all-around. The Giants had the 30th ranked defense in terms of points given up per game. The Giants were ranked 28th in the league in passing defense and were around the middle of the league when it came to rush defense. The Giants secondary was torched all season, and the lack of talent and experience showed each and every game. Blown leads and missed opportunities came down to allowing teams to score at the worst times possible. The Giants should really consider taking either Jeff Okudah (Ohio State) or Derrick Brown (Auburn) with their first-round selection. Of course, if Chase Young is still on the board when they are on the clock, it is a must-pick for the Giants (and almost any team in that position for that matter).

The Giants can look towards the secondary in the next few rounds. Not having a third-round pick will hurt, but it does not have to ruin the Giant’s draft at all. In the second round, a good fit for New York would be a guy like Shaun Wade from Ohio State. A 6”1 CB/S that adds to a very thin secondary. Wade could be a steal for the Giants in round two, and boost a very weak secondary tenfold.

For many years, fans and analysts alike have noticed how weak the Giant’s offensive line has been for a while. Eli Manning’s countless sacks and Daniel Jones’ fumble problem can also boil down to how weak the OL is. The Giants, like any other team, need to have a solid run game in order for their offense to be successful; and although Saquon Barkley is fantastic, he needs some help! Trey Adams (Washington) in the second, or Yasir Durant (Missouri) would be acceptable offensive tackle options for the Giants, that add strength and size.

The Giants obviously will not become elite by the draft alone. New management is needed, and coaching roles need to be reevaluated. The draft, however, is still immensely imperative for this organization to turn it around, and move away from their recent struggles.