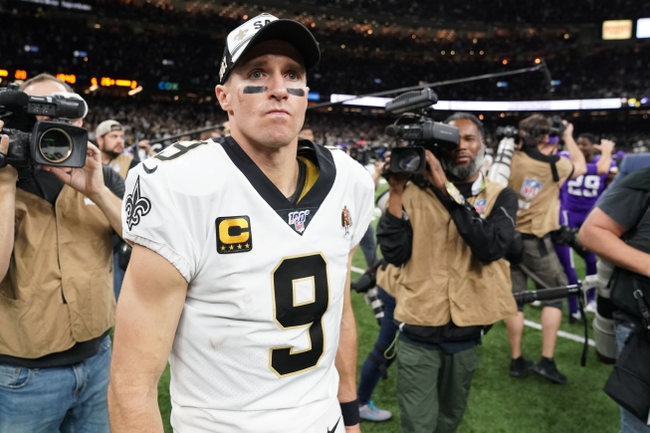 The New Orleans Saints finished the regular season 13-3 and although they had to play on Wild Card Weekend, they were still favorites by many to win the NFC and perhaps even the Super Bowl. In another series of unfortunate events for Saints fans, New Orleans was bounced in the first game vs Minnesota in OT. To make matters even worse, for the second straight season the Saints lost on a controversial non-call by the officials, which makes the fire rise even higher.

The Saints only have five picks in the 2020 NFL Draft, their first, third, fourth, fifth, and sixth-round picks.

The Saints defensively played virtually well, as even though it was not the best in the NFC by any means, it was competitive and did not take them out of many games. The Saints were ranked 13th in the league in points allowed per game, which is above average for sure. The Saints rushing defense was great, ranked 4th in the league and only gave up 91.3 yards per contest. The passing defense struggled from time to time, ranked 20th in the league in yards allowed per game through the air. If there was a need in the draft on defense for New Orleans, it would be in the secondary. They most likely will take someone with the 24th overall pick that can help their below-average passing defense, and that someone could be CB CJ Henderson (Florida) or CB Trevon Diggs (Alabama).

As for the draft needs for the Saints offensively, they should address their weak running game which boils down to their offensive line. Alvin Kamara can and should be one of the league’s most efficient runners in the league, so New Orleans needs to make it easier for him. A third-round offensive lineman selection such as OT Calvin Throckmorton (Oregon) or OT Yasir Durant (Missouri) could be good options.

The Saints should be very competitive once again in 2020, but they need to figure out their playoff woes. At the end of the day, although very frustrating, the referees are not the only ones to blame for consecutive disappointing ends to the seasons in 2018 and 2019.