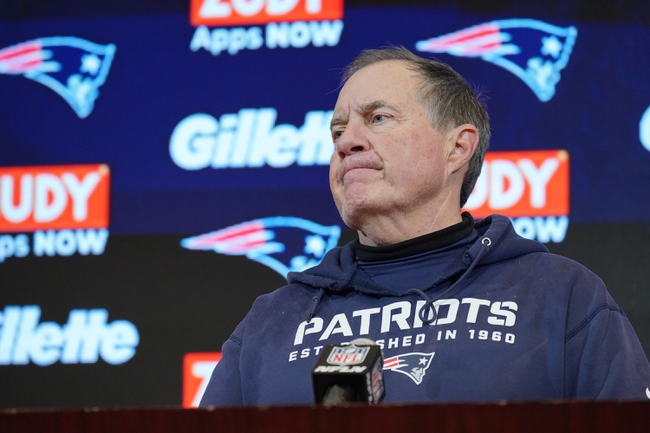 The defending Super Bowl Champion New England Patriots were the team to beat coming into the 2019 season. After an untouchable start, some wondered if the Pats could possibly go undefeated this season. Things changed rather quickly for Bill Belichick and Tom Brady’s team, as even though the defense remained strong, the lack of weapons on offense hurt and ended New England's chance to repeat.

The Patriots have 12 picks over the seven rounds in the draft, including three third-rounders, four sixth rounders, and three seventh rounders.

The Patriots defense was incredible throughout the 2019 season, there is no question about that. It was the main reason why the Pats were able to win their routine AFC East Championship, and go 12-4. They were ranked 1st in the league in points allowed per game, only allowing 14.1 per contest. They had the 6th ranked rushing defense, which displays how strong their defensive line and linebacking core was. NE had the 2nd best passing defense, only trailing the San Francisco 49ers in yards given up through the air per game. As long as most of the 2019 defensive Patriots return for 2020, the Patriots should not need to add anyone other than raw talent to its roster via the draft.

The Patriots offense will never be terrible with Tom Brady at QB and Bill Belichick as head coach, it just was not as outstanding as we have seen it. Ranked 7th in points scored per game, the Patriots did score many defensive touchdowns as well, so this stat is just a tad misleading. A great defense can provide a solid offense, which is why teams like the Buffalo Bills had successful seasons. When it comes to the playoffs, however, a team needs to have both a staunch defense and a firey offense in order to win multiple playoff games. The Patriots did not run the ball that well, ranked 18th in the league in yards earned from the ground game per contest. Michel, White, Burkhead, and others did not have the years that many had thought would be the best running game in the league. The Patriots passing game led by the G.O.A.T in Brady still had good results, ranked 8th in the league in yards per game. It just was not as Brady-like as Pats fans have been used to for all of these years. It was incredibly evident that Brady did not have the weapons (wide receivers) he is used to. Old reliable Julian Edelman dealt with injured ribs for a large part of the season, an injury that is tough to play through as a sneaky, fast wide receiver. This is why the Patriots need to draft a WR in the draft in the first round. Brady needs some help, and although New England will almost definitely look to free agency or trade as well, they can also get great value from their 23rd overall pick. WR Tee Higgins (Clemson), WR Laviska Shenault (Colorado), or WR Henry Ruggs (Alabama) would all be great options for New England in the first round.

The Patriots offensive line gave Brady avid time to get most passes out on offense, however, the running game still struggled. Whether the Patriots decide to draft a young running back in the third or fourth round (RB Cam Akers from FSU, Najee Harris from Alabama may be good options), or if they decide to beef up their offensive line with guys like OG Netane Muti (Fresno State), they do need to address the inefficiency.

Some are worried that the Patriots “dynasty has ended”, and that the team is starting a downward spiral. 2020 will be the big indicator of this and may display if Brady is on his way out of the league, or at least New England.