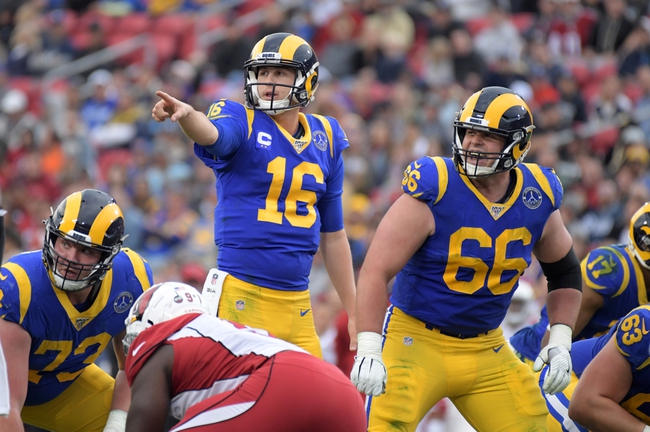 The L.A. Rams had big aspirations heading into the 2019 season. After losing in the Super Bowl in 2018, the Rams felt that it was a ‘championship or bust’ year. Unfortunately, even after a 3-0 start, the Rams fell short of making the postseason in a pretty crowded NFC playoff picture. The Rams finished over .500, but this season was without a doubt a major disappointment.

The Rams do not own their first-round pick in the 2020 NFL Draft (Jaguars trade for Jalen Ramsey). They do own a pick in every round, however, including two fifth-round selections.

The Rams defense, although not terrible, did not play to its full potential. With stars like Aaron Donald, Eric Weddle, Jalen Ramsey, and others, the defense was just average (and maybe slightly below average). They were ranked 17th in the league in points allowed per game (22.8), which is not good enough to win the number of games they needed. They were 12th in the league in passing defense, but in the game at home vs. Tampa Bay, their weaknesses were shown incredibly. The Rams defense struggled to make big stops in clutch moments, which was a storyline for L.A. the entire season. The Rams rushing defense was ranked 19th in the league, which again, is just not good enough. This Rams defense on paper seems to be loaded with talent, experience, and strength. It was very confusing to see them struggle at all, albeit not by extreme lengths. Defensive Coordinator, Wade Phillips, will definitely see 2019 as a failure by his guys.

The Rams offense, led by QB Jared Goff, RB Todd Gurley, and a nice selection of talented wide receivers did well, but not nearly as well as they could/should have been. They were ranked 11th in the league in points scored per game. Their passing game, although ranked 4th in the league in yards per game, was not as efficient as it needed to be under Goff. Goff struggled this season, plain and simple. His 22 TDs and 16 INTs were not the numbers many expected to see out of the young quarterback. He was ranked 23rd in the league in QBR, and the offense suffered under him quite a bit. The running game for L.A. was bad, especially considering who their running back is. Todd Gurley was one of the league’s best RBs coming into the 2019 season. He only averaged 3.8 yards per carry this season, which was a whole yard and one-tenth less than his 2018 season.

The draft needs for the Rams are not as simple as other teams in the league, and it hurts that they do not have their first-round pick. The Rams will most likely want to strengthen their offensive and defensive lines in the 2020 draft, with the former being more of a focus than the latter. Offensive tackles and guards the Rams may target with their second-round pick include OT Prince Tega Wanogho (Auburn), OT Isaiah Wilson (Georgia), and OT Josh Jones (Houston).

As for the defensive line and linebacking core, the Rams could target someone like DL Marlon Davidson (Auburn) or EDGE Darrell Taylor (Tennessee) in the third round.

The Rams in 2020 need to get back to the basics, as this team is way too talented to not be in the postseason in back-to-back years. The future of Jared Goff will depend on how he does in 2020, and his leash may be shorter than what most people think.