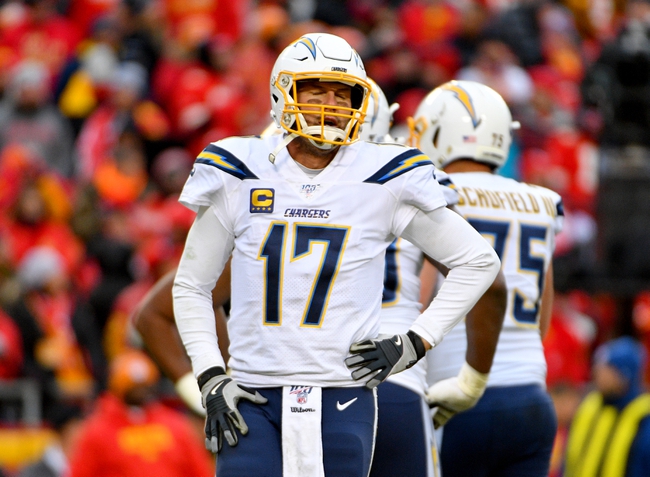 The Los Angeles Chargers had one of the more disappointing seasons by an NFL team in recent history. This was a team I, and so many others had winning the AFC West or at least earning a wild card spot, and then being a dangerous team in the postseason. The wheels just fell off for L.A., as terrible QB play by Phillip Rivers, inconsistent defense, and so many blown leads and missed opportunities ruined the 2019 season for the Chargers.

The Chargers own a pick in all seven rounds of the 2020 NFL Draft. They could be one of the few teams that adds some more draft picks if they decide to trade away some players before draft night.

The Chargers defensively actually played pretty well, as they boasted the fifth-best pass defense in the entire league in passing yards allowed per game. The rushing defense was about average and in terms of points given up each game, they were ranked 14th. The Chargers with Joey Bosa, Melvin Ingram, and Derwin James looked promising on the defensive side. James suffered an injury prior to the season, which hurt the Chargers a lot more than expected earlier on in the season. This team moving forward should not be too worried defensively.

As for the offense, it was simple; Phillip Rivers played nothing like the Rivers of the past (and 2018). To a statistician, Rivers and the Chargers passing game may look fine. Rivers threw for well over 4,000 yards, had 23 Touchdowns, and the Chargers had the sixth-most passing yards per game in the NFL. However, these stats are hiding a lot of the facts, as Rivers threw 20 interceptions, and struggled to find the end-zone with many opportunities (especially in late, tight games). I mean, the Buccaneers lead the league in passing yards per game, and no one is claiming that Jameis Winston had a fantastic 2019 campaign.

The needs for L.A. are simple, find a new quarterback. Rivers has given the Chargers and their fans many years of good play but has never led them to a Superbowl. Some can argue that he never had the full team to get him there, but this 2019 team was it. Austin Eckler played amazing when Melvin Gordan was holding out. Keenan Allen, Mike Williams, and Hunter Henry are all great pass catchers in a very talented offense. The Chargers need to take a QB in the first round, and whether that is Tua Tagovailoa (Alabama), Justin Herbert (Oregon), or they trade their pick for someone else in a package deal. They need to find their future franchise leader at the quarterback position because Rivers’ age tells us that this is only the start of his digression.

In the rounds following, Los Angeles should just look to beef up its offensive and defensive lines. A solid choice in the second round would be OG Solomon Kindley (Georgia), someone with immense size and skill. In the later rounds, L.A. should stick to the ‘best player available’ mantra, and take the most talented guys left in each round.

With a better quarterback, the Chargers can do a lot of damage in the AFC. There is too much talent on this team for them to be this bad for long. I see, with the proper moves made in the 2020 Draft and during the rest of the offseason, this Chargers team in the playoffs come this time next year.