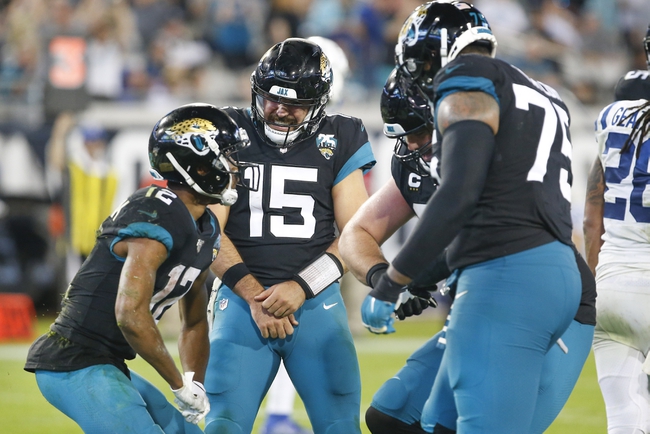 The Jacksonville Jaguars entering 2019 was a team that many people had as being competitors in the AFC South. The Jags staunch defense and powerful run game seemed like it was just enough for them to win the division and make the postseason again. With Nick Foles (and even Gardner Minshew) at QB, a definite upgrade over Blake Bortles, Jacksonville seemed to be on their way to the top. Oh, how the tides have changed.

The Jaguars have a total of nine picks currently, with two being in the first round. Two first-rounders is huge for a Jacksonville team that does not need a full rebuild, but more of a readjust.

The Jags defense was actually below average in terms of scoring this season. They were ranked 21st in the league in points given up per game. Their rushing defense was ranked a disappointing 28th in the league in yards allowed per contest. Their pass defense fared better but still was below average in yards allowed. With this being said, a viable first-round pick for the Jaguars would be someone like DL Javon Kinlaw (South Carolina) or EDGE A.J. Epensa (Iowa). These two guys would certainly help fix a rush defense that struggled mightily.

The Jags offense was actually above average in passing yards and rushing yards, which is why it is strange to see they were ranked 26th in the league in points scored per game. This could be an outlier for a team like this, as they were also only a -1 turnover differential, which is actually not bad for a team with a record like this. The Jags battled with health issues from Leonard Fournette, Nick Foles, Dede Westbrook, and others on offense. This could be the reason why the offense never really gelled and scored points consistently. With all of this being said the Jags will most likely want to stick to defense with their second ‘first-round’ pick. Someone like CB Shaun Wade (Ohio State) could be the perfect match. He could attempt to replace the work of Jalen Ramsey, and he has the talent to be a day one starter.

The Jaguars can definitely improve on offense, however, and they should look to their second or third-round pick to do so. Jacksonville could snatch a talented tight-end like Albert Okwuegbunam (Missouri) or Jacob Breeland (Oregon).

Jacksonville did not have as bad a season as their record and draft slot may show. They won some big games and gave some teams trouble, but when it was clear that the team was not going to be playoff-bound, they kind of gave up. I see this team improving a bunch by 2020, and with two first-round talents on their roster, they could definitely be contenders.