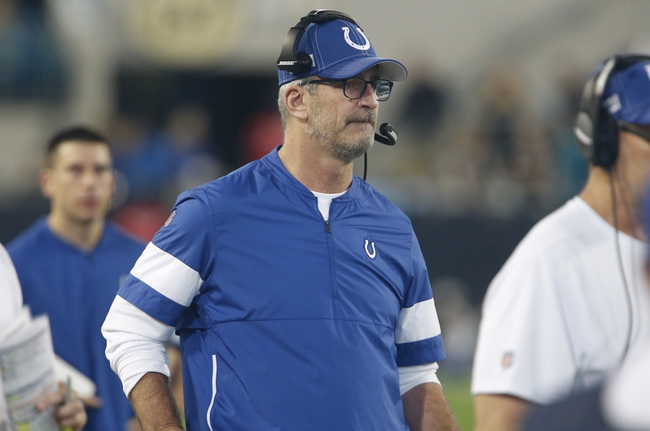 Before the 2019 season, the Colts and their fans were blindsided by the retiring of franchise QB, Andrew Luck. With Jacoby Brissett taking over, the Colts started the season 5-2, playing great football. Injuries, rough patches, and losing streaks took away any chance of an AFC South title and turned the Colts season into a failure.

The Colts have a pick in every round of the 2020 NFL Draft, including two second and sixth-rounders. With a plethora of picks, the Colts 2020 Draft is very important for their future and the upcoming season.

The Colts were right about average on defense with the 18th ranked team in points given up per game (23.3). The secondary and pass defense struggled, ranked 23rd in the league giving up 248.9 yards per game through the air. The rushing defense was the opposite story, holding opponents to only 97.9 yards per game on the ground (good for 7th best in the league). CB Trevon Diggs (Alabama) is a name often correlated to the Colts organization as their first-round selection. EDGE Terrell Lewis (Alabama) is also someone that would fit the main needs for Indianapolis on defense.

The Colts offensively were ranked 16th in points per game (22.6). It is no wonder that the Colts were not among the league leaders in scoring, as their pass game with Jacoby Brissett was not good at all, 30th in the entire league. With Brissett (and Brian Hoyer) collectively averaging 194.3 yards per game, the passing game was weak. The Colts would have been in offensive ruins if it were not for Marlon Mack, Nyheim Hines, and the Colts run game, which was ranked 7th in the NFL (yards per game.) The Colts O-Line and RB’s paved the way for great rushing efficiency, which carried the Colts offense early on. Unfortunately for the Colts, Mack got injured, and it took away some of the rushing success for the team.

If the Colts do not take a CB/S/EDGE in the first round, it would make sense for them to grab a WR. However, it is more likely that Indianapolis takes a wideout with one of their second-rounders, and WR Michael Pittman Jr. (USC) makes the most sense in that case.

The Colts have some holes on their roster, including their quarterback position that makes it unlikely for them to be serious competitors soon. If they are able to get a QB in free agency or via trade (Phillip Rivers, Jameis Winston, etc), they may have a better chance. I just do not see them drafting a QB in the early stages of the draft, especially someone that is going in the first round like QB Jordan Love (Utah State).