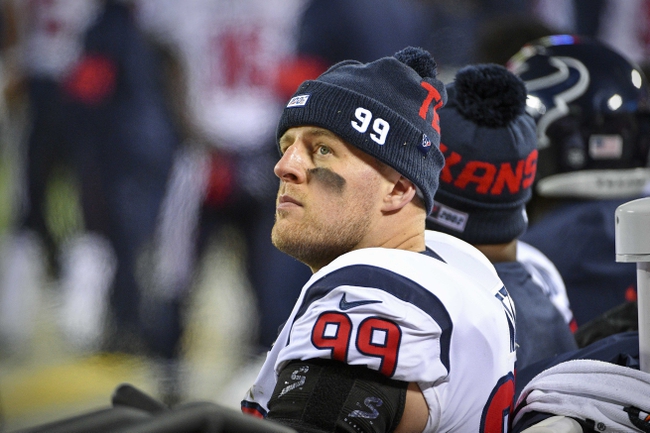 The Houston Texans were champions of the AFC South division and were able to grab a home playoff win at the hands of the Buffalo Bills. Houston then took a 24-0 lead at Kansas City vs. the Chiefs, and the rest is history.

The Texans traded their first-round pick to Miami in the questionable Laremy Tunsil, Kenny Stills trade -- which also gave away their first and second-rounders for next year as well. The Texans have six current draft selections in 2020, starting in the second round (2,3,4,4,5,7).

Houston’s defense struggled incredibly during the AFC Divisional round in KC. They could not buy a stop, and giving up great field position did not help either. In the regular season, Houston was ranked 19th overall in points allowed per game, giving up an average of 24.1. They rushing defense was not adequate, ranked 25th in the league and giving up 121.1 yards per game. In a division with RB Marlon Mack, RB Leonard Fournette, and RB Derrick Henry, this stat is not going to cut it for long, and the Texans will surely have to address their problem in rushing defense. The passing defense was even worse, ranked 29th in the league in passing yards per game, allowing 267.3 yards per contest. Again, Houston needs to fix these issues on defense if they want to compete in which should be a tight AFC South once again. A second-round selection that would make sense in Houston would either be DT Davon Hamilton (Ohio State) or EDGE Julian Okwara (Notre Dame).

The Texans offensively were built by QB Deshaun Watson and WR De’Andre Hopkins. With not too many other consistent weapons -- WR Will Fuller V was injured for most of the year -- the Texans did not get the best results offensively, ranked 14th in the league in points scored per game. Now, this is not a bad statistic to have per se, but it also isn’t the best considering who their quarterback is. Watson continued to show in 2019-20 that he was one of the best QBs in the league. Although his passing game was only ranked a measly 15th in yards per contest, he was a big reason why the team had so much success and won the division. The rushing game, led by RB Carlos Hyde, RB Duke Johnson Jr. and Watson himself, was ranked 9th in the league and was actually one of the more positive surprises this year in Houston. A lot of people, including me, believed that Houston had one of the weaker offensive lines in football and although they were not fantastic by any means, they got the job done. I do expect Houston to draft one or two O-Linemen to add another layer of protection for Watson and progress the running game even more so.

Overall, I wish I could say I was not worried about this Texans team moving forward, but I really am concerned. Their division did not give them the competition that it definitely can in 2020-21, therefore I am not sure that the Texans are a playoff team next season. The future does not look bright for a team without its first-round pick for the next two seasons.