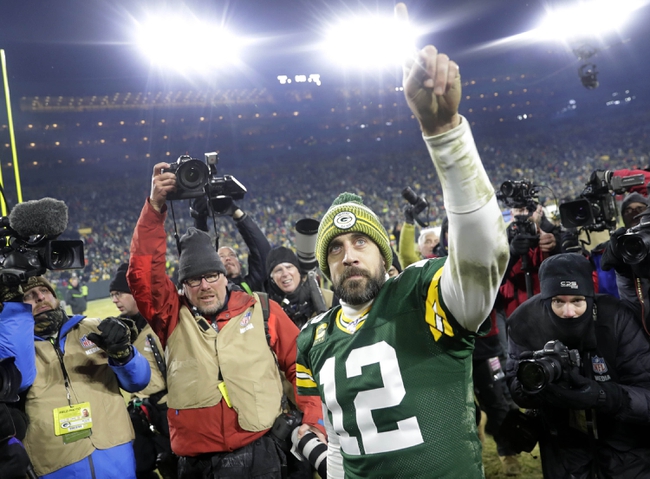 The Green Bay Packers were the NFC North champions in 2019-20 and were able to make it to the NFC Championship game where they ended up getting dominated by the 49ers. That makes Aaron Rodgers 0-3 vs San Fran in postseason play.

The Packers have a pick in every round of the 2020 NFL Draft including two sixth and three seventh-rounders.

In 2018-19, the Green Bay Packers defense, and more specifically, the secondary was the reason why they went 6-9-1. After an imperative offseason, the Packers improved exponentially on the defensive side of the ball. The Packers were ranked 9th in the league in points allowed per game (19.6). The secondary improved but still was not exactly where it needed to be, as they were ranked 14th in the league in yards allowed through the air per game. The rushing defense was actually even worse, ranked 23rd in the league in yards allowed. The Packers will look to the middle rounds to try and improve their defense. LB Jacob Phillips (LSU) would be a smart choice in the third round for Green Bay.

The Packers offense was led by three players, QB Aaron Rodgers, RB Aaron Jones, and WR Davante Adams. Other than that, Green Bay did not have any consistent weapons, especially in the passing game. With Aaron Rodgers at QB, the Packers need more talent at wide receiver to enjoy the benefits of his play. WR is most likely the biggest need for Green Bay, and they should address that need in round one. WR Laviska Shenault (Colorado) or WR Tyler Johnson (Minnesota) would be possible candidates for the Packers in the first round of the draft. Green Bay should look to improve their offensive line in the early-to-mid rounds as well, and a possible candidate in the second round for them would be OG Ben Bredeson (Michigan).

The Packers under first-year head coach Matt LaFleur had a great season and an even better bounceback from a season ago. The Packers have the talent to be able to build on this season and should be dangerous again in 2020.