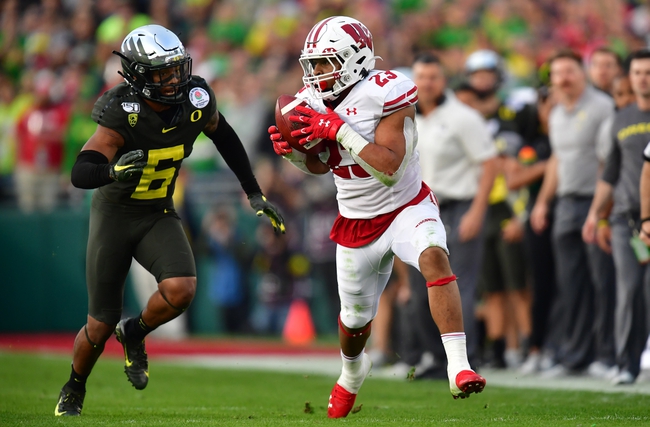 Who Will Be The First Running Back Drafted?

The NFL’s feelings about running backs has switched the last few years, but this is still a strong draft of running backs. Let’s take a quick look at the top five running backs in terms of odds, and who will be selected first.

D'Andre Swift, -175, D”Andre Swift was a standout during his time with the Georgia Bulldogs. Even when he was splitting carries, Swift had a lot of success, but his 2019 season was when he broke out, putting up 1,216 yards. Swift has explosive breakaway speed in the open field.

Jonathan Taylor +200, Five years ago Jonathan Taylor might have been a top ten pick in the NFL draft, but his style of player has been really hurt by how the NFL views running backs. Taylor is a big back, but he also is strong and can run multiple different styles.

J.K. Dobbins +900, J.K. Dobbins was a standout with the Ohio State Buckeyes. Dobbins has elite breakaway speed, and he is also a really good receiver that should be able to do it all in the NFL.

Cam Akers +5000, Cam Akers was a standout with the Florida State Seminoles, but their lack of success as a team might be hurting his draft stock. In three seasons with the Seminoles, Akers racked up 2,875 yards and 27 touchdowns.

Pick: There really is no other way to go on this pick expect for D’Andre Swift, especially at a nice price. Most agree that he is the best running back in this class, and Swift will be selected off the board. The only other option would be Jonathan Taylor, but Swift is the selection here.