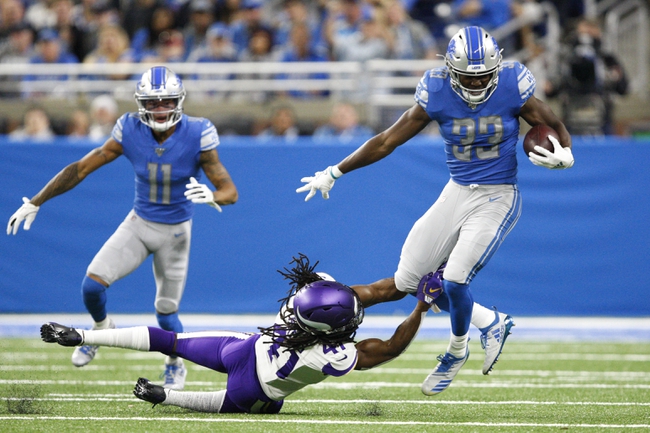 The Detroit Lions in 2019 was a team plagued by injury, missed opportunities and unfortunate circumstances. Of their 12 losses, 8 were by eight points or less (one possession). This team is not completely in ruins, as they have many pieces that they can build on. The 2020 NFL Draft is a good place to rebound, not necessarily rebuild the team.

The Lions have a pick in every round in the 2020 NFL Draft except the 7th, a pick that they traded to the San Francisco 49ers.

The defense of the Lions was weak, plain and simple. 26th ranked defense in terms of points given up per game is not going to get you into the playoffs, or near .500 in the win column. The Lions had the 32nd ranked pass defense, therefore the secondary needs some serious work. In the NFC North, when you have to play Aaron Rodgers twice a season, your secondary needs to be up to par to compete. That is why the Lions should really consider taking CB Jeff Okudah (Ohio State) with their first-round selection if he is available. Okudah had a great junior year with the Buckeyes, and he looks like the real deal.

The Lions offense actually was not too shabby this year, as they had the 10th (243.8 yards per game) best passing offense, despite Matthew Stafford being out for a chunk of the season. The run game was not where they had wanted it, but an injury to Kerryon Johnson and inconsistent offensive line play were the main reasons. That is why the Lions should highly consider guys like OT Austin Jackson (USC) or OT Prince Wanogho (Auburn) with their second pick. The Lions may double-dip when it comes to their secondary, too. I would not be surprised if they took a guy like CB Paulson Adebo (Stanford), or CB Bryce Hall (Virginia) in the second round.

Other than some offensive line help and a complete overhaul of corners, safeties, and perhaps some versatile linebackers, the Lions seem to be okay with their current roster. This team could be competitive really soon if they are able to address the issues that killed them this year on D.