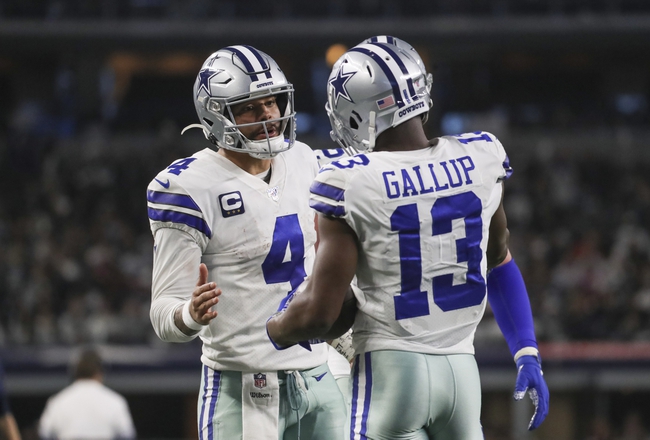 The Dallas Cowboys were only one game behind the Eagles for the NFC East title, despite only being a mediocre 8-8. The Cowboys roster and talent level did not translate to an abundance of wins in 2019, which is quite puzzling. This Cowboys team has great talent in most positions on the field, so what happened?

The Dallas Cowboys have a pick in all rounds of the 2020 NFL Draft except the 6th round (Traded to Miami).

The Cowboys defense played pretty well in 2019, as they owned the 11th ranked defense in points given up per game. They were also 11th in the league in rushing defense in terms of rushing yards given up per game, 103.5. This correlates to how strong the Cowboys defensive line and linebacking core is. As far as the passing defense, the secondary was actually even better than the rushing defense, ranked 10th in the league giving up an average of 223.5 yards per game through the air. Going into the season, the Cowboys knew that their D was strong, as did the rest of the league. This is one of the many headscratchers as to why the Cowboys did not get better results in the win column.

The Cowboys offense was not too shabby either, ranked 6th in the league in points scored per game, averaging about 27 per contest. The rushing game, led by workhorse back Ezekial Elliot and some help by RB Tony Pollard, was ranked a whopping 5th in the league in yards earned on the ground per game. The passing game? Even better! Dak Prescott played well in 2019, and the Cowboys owned the 2nd most passing yards per game in the league.

When it comes to what Dallas needs from the draft, it is not something specific. Dallas will most likely take the best talent available (minus a QB or RB). CB Xavier McKinney (Alabama), DL Javon Kinlaw (South Carolina) or perhaps WR Tee Higgins (Clemson) may be a good fit for Dallas just to add to an already solid roster.

The rest of the draft is simple for Dallas, take the best available player with the least amount of risk. The Cowboys should be ready right now to win in the NFL. It could be because of unfortunate and unlucky circumstances, or maybe bad (at sometimes terrible) coaching by HC Jason Garrett (who is no longer the HC). Whatever it was in 2019, I think it was just a fluke, and the Cowboys will be back and ready for 2020.