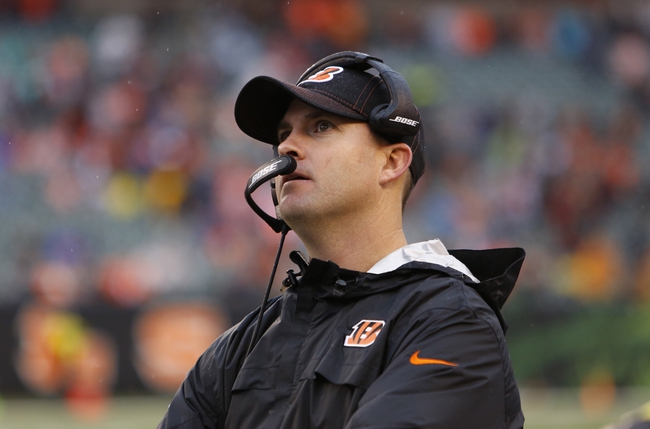 The Cincinnati Bengals under first-year head coach Zac Taylor, had an extremely disappointing season, to say the least. They finished with a record of 2-14 and will be looking to the NFL Draft to rebuild their organization; one that needs a lot of work.

The Bengals own one of each round’s worth of draft picks in the 2020 draft. Most importantly, they own the number one overall pick. Provided they do not trade away any draft picks, they will make seven selections throughout the draft.

One looming issue the Bengals have is at arguably the most important position in football, the quarterback. Many analysts agree that the Bengals not only need to take a QB in round one, pick one; but that they need to select Joe Burrow from LSU as well. Burrow has had an amazing season at LSU, winning the Heisman trophy by beating out many other top pick hopefuls. Burrow would definitely make sense in Cincinnati, and this selection will most likely be the easiest for the Bengals management to make. Unfortunately, Andy Dalton is and has never been a franchise QB, as he just is not as talented nor consistent as other stars in the league.

Another issue the Bengals had this season was running the ball (averaging 94.8 yards rushing per game), and although Joe Mixon did not have his best season, it was not his fault entirely. The offensive line for the Bengals is one of the weakest in the league, and draft picks in this year’s draft need to be made to address it. Guys like Jedrick Wills Jr. (Alabama) or Prince Tega Wanogho (Auburn) could be solid round two selections for a team desperate for OL help.

The Bengals defense was also very weak this season, as they were 29th in the league in yards given up per game (393.7) and 24th in the league in points given up per game (24.1). These bad defensive numbers were largely due to the fact that the Bengals were 32nd in rush defense. Defensive line aid such as Marvin Wilson from Florida St and Rashard Lawrence from LSU make sense in the second, third, or fourth rounds. Also, Linebackers and edge players that can make a difference such as Troy Dye (Oregon), Curtis Weaver (Boise St), or Jonathon Garvin (Miami) would be solid 2nd to 3rd round picks as well.

As for the latter rounds, with a team like this, it comes down to the best player available. There are so many holes on this team from wide receiver to tight end, as well as defensive ends and in the secondary.

The 2020 draft should not make the Bengals go from the bottom to the top, but it still will be a huge step in the right direction if done well.