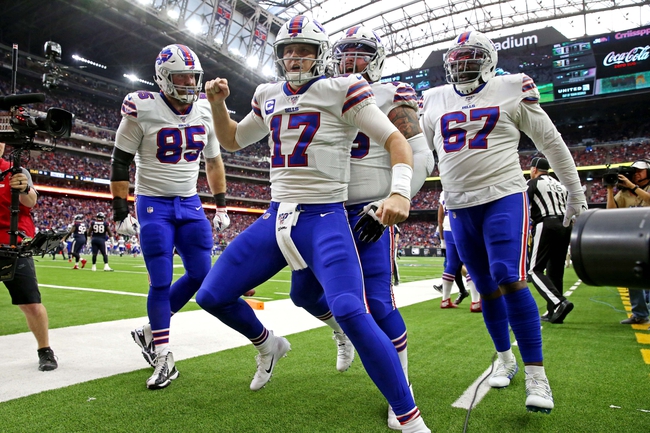 The Buffalo Bills had a surprisingly successful season in 2019, as they went 10-6 and made the playoffs comfortably as the fifth seed. The season ended for Buffalo in very bitter fashion, as the Bills blew a 16-0 lead to the AFC South champion Houston Texans.

The Bills own a pick in every round except the seventh; this includes two fifth and three sixth rounders as well.

The Bills were dependent on their fantastic defense in 2019, as they were ranked 2nd in the league in points allowed per game, only behind their division rival Patriots. The Bills had the 10th best rushing defense, forcing opponents to adopt nontraditional schemes on offense to beat them. The Bills secondary was even better, ranked 4th in the league in passing yards allowed in the NFL. The Bills just need their defense to be ready for war again in 2020, as they do not need any draft picks devoted to their D in the earlier rounds.

The Bills offense was a different story, as it was one of the main reasons as to why the Bills could not take the next step as a contender. They were ranked 23rd in the league in points scored per game, which is not good enough to win a championship or even a division title. The Bills averaged a lot of rushing yards per game, ranked 8th, but many of those yards came from their QB, Josh Allen. Devin Singeltary and Frank Gore ran the ball okay, but did not have great years by any means.  The Bills could definitely use some help in their interior offensive line, and their first-round pick may be used for it. OT Jedrick Willis (Alabama) or OC Tyler Biadasz (Wisconsin) could be possible selections.

The Bills passing game struggled badly, as it was ranked 26th in the league in yards per game. Josh Allen showed that he can be the man for the future at quarterback, but he did not have many weapons in his passing game to help him. Wide receiver will definitely be a position the Bills will be on the lookout for, and I believe it is more likely they draft one in the second or third rounds. WR Justin Jefferson (LSU) or WR KJ Hamler (Penn State) may one of the options for Buffalo in the second or third rounds.

The Bills have the defense and quarterback to be quite dangerous in the very near future. If Josh Allen has some weapons in the passing game that can make his job easier, he will definitely enjoy the benefits, as will his team’s win-loss record.