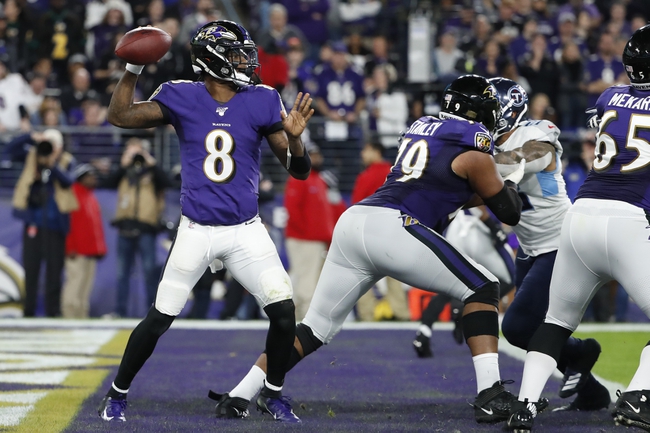 The Baltimore Ravens finished the regular season with a 14-2 record -- the best in the league. They were shocked by the Tennesee Titans in the Divisional Round of the AFC Playoffs with a 28-12 upset loss at home.

The Ravens own a pick in every round of the draft except the sixth. They own two fourth-rounders, one being their own and the other coming from the New England Patriots.

Offensively, the Ravens were fantastic, ranked #1 overall in the league in points scored per game with a whopping 33.2. QB Lamar Jackson played incredible in his sophomore season, breaking quarterback records weekly. Although Jackson had a ton of success, his passing game was ranked 27th in the league in yards per game. Now, without a doubt, a good chunk of this is was due to Baltimore leading games early and not having to pass to get back in them. However, it should be noted that Jackson did not have too many lethal weapons in his passing game. Marquise “Hollywood” Brown played well at the beginning, but he was inconsistent the rest of the season. Baltimore should definitely look to the draft and the first round to add talent in the passing game, specifically a wide receiver. WR Laviska Shenault (Colorado) or WR Henry Ruggs III (Alabama) could be possible candidates for the Ravens.

The rushing game was perfect for Baltimore, as Lamar Jackson and Mark Ingram both played well this season. The Ravens offensive line was fantastic and the rushing game was ranked #1 overall in the league, and it was not even close.

Stating the facts, the Ravens should have at least been in the Super Bowl this season. When looking at this team from top to bottom they seemed as complete as any other Super Bowl Champion. Next year will be Super Bowl or bust for Baltimore, and for good reason.