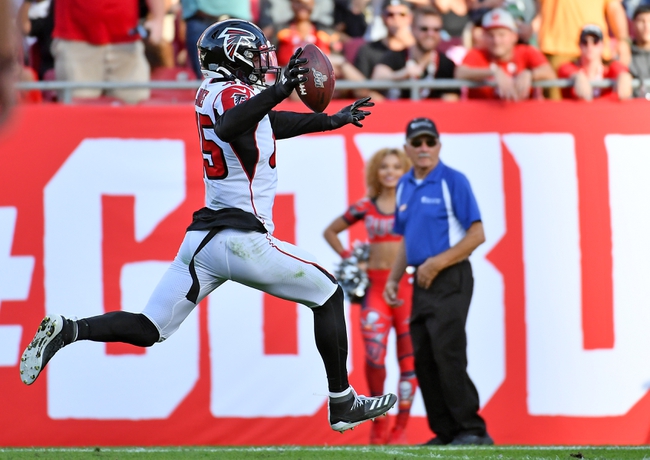 The Atlanta Falcons in 2019 was a team better than their record may have shown. Although the team started the season 1-7, they finished the year on a 6-2 run to get to 7-9. From a fan standpoint, winning so many meaningless games was actually not a good thing when it comes to where Atlanta will be drafting (16th overall), but at least the team will enter the offseason with a much-needed boost of confidence, especially for QB Matt Ryan.

The Falcons do not own a 6th or 7th round pick but do own a pick in every other round, and two in the second round.

The Falcons defense was downright atrocious at the start of the year, but as the season moved forward, they improved significantly. The Falcons ended the season with the 23rd ranked defense in terms of points allowed per game. The Falcons stopped the run at about the league’s average, giving up 110.9 yards per game on the ground. The Falcons passing defense suffered early, especially with the injury to star safety Keanu Neal. The Falcons had the 22nd ranked passing defense and gave up 244.9 yards per game through the air. With all of this being said, the Falcons will most likely want to add to their defense in the 2020 NFL Draft, and EDGE Curtis Weaver (Boise State) or EDGE K’Lavon Chaisson (LSU) may be one of the guys they grab. Weaver’s draft stock has fallen quite a bit over the weeks, but he still has incredible talent and may be one of the steals of the draft for Atlanta. Chiasson would be the safer choice for Atlanta, but he may not be available when they are on the clock, as the EDGE and LB positions are very sought for in this year’s draft.

Atlanta offensively played decent throughout the year, but really came alive during the second half of the season. Atlanta was ranked 13th in the league in points scored per game. QB Matt Ryan along with his various weapons of WR Julio Jones, WR Calvin Riddley, TE Austin Hooper, and even RB Devonta Freeman, put together the 3rd best passing offense in the NFL when it comes to yards per game. The running game, however, did not enjoy the same productive statistics. Now, of course, some of this is due to the fact that Atlanta was trailing many games during this season, therefore they were forced to pass the ball. Another reason could be that Devonta Freeman did battle an injury in the middle of the season, but overall, the reason why the Falcons did not run well was because of their offensive line. Matt Ryan was sacked the most in his career (48 times), and he did not even play all 16 games. When an offensive line struggles, the entire offense cannot do enough to win games, and that was the story of the Falcons during their 1-7 start. Atlanta needs to address their holes in their O-Line, and I believe that they use one or both of their second-round picks to do that. OG Netane Muti (Fresno State) is someone that could be a good fit for Atlanta in the second round. OG Shane Lemieux (Oregon) would also make a lot of sense for the Falcons as well.

For Atlanta, the draft needs are not as cut and dry as other teams. They could upgrade almost every position on the field, but also have current roster spots filled by at least adequate players. The Falcons need a difference-maker on both sides of the ball in order to make a splash in the league next year, especially in a very tough NFC South division.