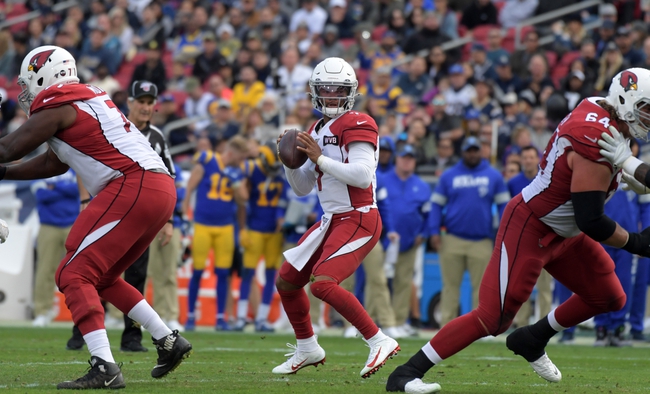 The Arizona Cardinals 2019 season was actually a step in the right direction, albeit not a huge step. The Cardinals of 2018 went 3-13 and drafted their quarterback for the future, Kyler Murray. The 2019 Cardinals still struggled quite a bit but won more games than the season prior (5-10-1), and just two weeks ago beat a division rival powerhouse, the Seattle Seahawks.

The Cardinals own a pick in every round of the 2020 NFL Draft except the sixth round, as that pick was traded to the Browns, and then went from Cleveland to the Buffalo Bills.

The Cardinals had their fair share of strong moments in the 2019 season. As stated before, the Cards were able to defeat their longtime rival Seahawks 27-13 in Seattle, one of the toughest places to play. Along with good moments, also came the bad, as a six-game losing streak right in the middle of the season prevented them from any chance of a postseason berth.

The defense was the main issue for Arizona throughout the year, as they had the 28th ranked total defense in points allowed per game. Not to mention, the passing defense allowed 281.9 yards a game, which is 31st ranked in the league. The rushing defense had a little more luck, but not by much, as they were ranked 24th in the league. The first round is simple for Arizona; grab a defensive talent. Someone that they should have their eyes on is LB/S Isaiah Simmons (Clemson). They really need to improve their pass defense and with a versatile player like Simmons who can play many positions, they cannot go wrong.

In the second round, there is nothing wrong with the Cards double-dipping into secondary help, and S Xavier McKinney (Alabama) would not be a bad choice. Some mock drafts have Arizona grabbing a wide receiver in the first or second round, but I do not think these skill positions are necessary, especially when the secondary and pass defense is as bad as it is.

With that being said, Arizona does need to improve their WR core in this year’s draft, but they can do so in the third or fourth rounds. WR Brandon Aiyuk (Arizona State) may be able to slip to the early third round, as well as someone like WR Donovan Peoples-Jones (Michigan) or Tylan Wallace (Oklahoma State). All of these guys would improve a pretty thin wideout core that Murray needs to get better to develop himself.

The run game for Arizona was actually quite successful, as they were above the league’s average in terms of yards per game. The passing game will benefit from the addition of some wide receivers as said before. This team is young and hungry, the question mark of David Johnson still looms, but subtract that situation and you have a team that may be ready to compete in the near future.