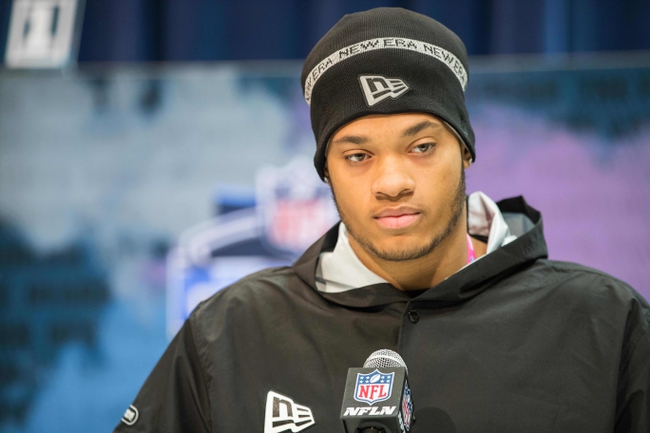 Defensive end Yetur Gross-Matos is projected to be a first round draft pick. Coming out of high school, Gross-Matos was a four star recruit in the class of 2017. He was the sixth ranked player in the state of Virginia.

College Career: In his first year with the Nittany Lions, Gross-Matos played in all 13 games as a reserve racking up 17 tackles and 1.5 sacks. During the 2018 season, he earned third team All-Big Ten honors, after racking up 20 tackles for a loss and eight sacks. As a Junior is when everyone took notice of Gross-Matos skill. He racked up 15 tackles for a loss and 9.5 sacks which was good enough for him to earn him first-team all-conference.

Pros: Gross-Matos has great arms and he does a good job of winning a battle when he makes the first contact. He is taller but for the most part he does a good job of keeping his pads low.. He has a quick first step and if the offensive player makes any misstep they are going to have no chance against him. He also is very out of any play and does a good job of using his strength to slow down a defender, even if they are past him.

Cons: Pass rushing at times he could be more consistent getting to the quarterback. He also doesn’t process somethings on the field as fast as he needs to. His understanding of the game is fine, but he also could improve in some areas so he can have a better chance in the NFL.

The pick in this article is the opinion of the writer, not a PickDawgz site consensus.
Previous Pick
Javon Kinlaw 2020 NFL Draft Profile, Pros, Cons, and Projected Teams
Next Pick
Adam Trautman: 2020 NFL Draft Props