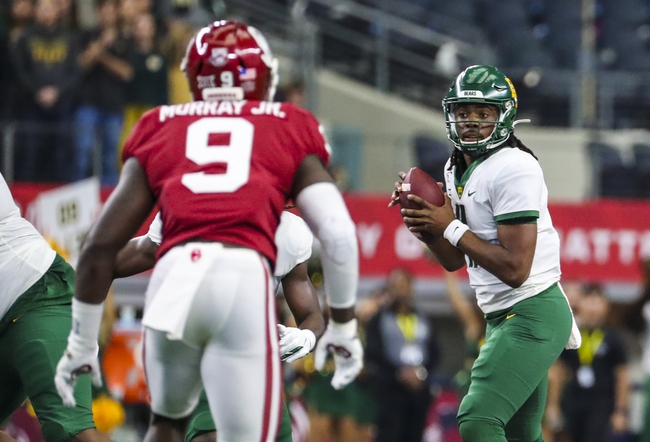 Linebacker Kenneth Murray is projected to be a first-round pick. Coming out of high school, Murray was a three-star recruit in the class of 2017. He was the 63rd ranked player in the state of Texas.

College Career: Murray was only a three-star recruit out of high school, but he quickly became a standout for the Oklahoma Sooners. Murray started 14 games as a freshman and was named a freshman-all American was the Co-Big 12 Freshman of the Year. As a sophomore, he got even better racking up 155 tackles. As a junior, he ended up with 17 tackles for a loss and four sacks. He was named a third-team All-American by the associated press.

Pros: Murray is a really good football player that is extremely tough and is always relentlessly attacking. He never gives up on a play and does a good job of closing on defenders, even when he looks like he is out of the play. Murray does a good job of getting a step ahead and making sure he is a step in front of the offensive line. In man coverage, he hasn’t been tested a lot, but his physical traits should help him in that area. He also isn’t afraid to set the tone by making hard, physical tackles.

Cons: At times, Murray runs himself out of plays by being too aggressive and that is something that needs to be worked on at the next level. He isn’t afraid to make the big hit but sometimes he launches too much and that leads to a missed tackle. He needs to get better at making the smart tackle at times, and the big hit at other times.

Projected Teams: If the Atlanta Falcons stay put and don’t trade up, it would make a lot of sense for them to select Murray. The Baltimore Ravens need some help with their linebackers and they could trade up a bit in the first round. If they do trade up, Murray probably would make a whole lot of sense.

The pick in this article is the opinion of the writer, not a PickDawgz site consensus.
Previous Pick
Cleveland Browns 2020 Win Total- NFL Picks and Predictions
Next Pick
Yetur Gross-Matos 2020 NFL Draft Profile, Pros, Cons, and Projected Teams