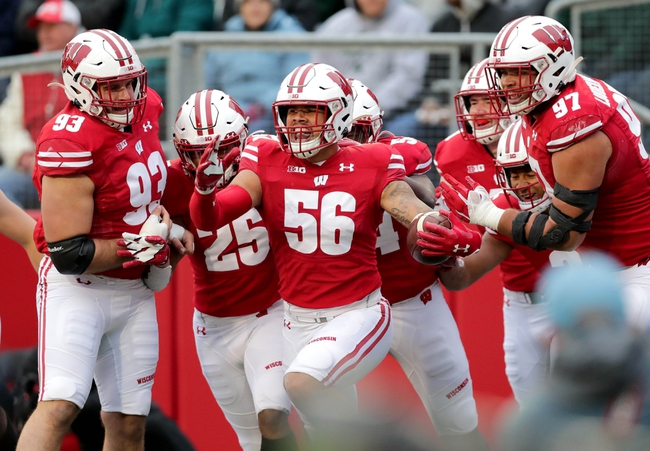 Linebacker Zack Baun is projected to be a late first or second-round pick in the 2020 NFL draft. Coming out of high school, Baun was a three-star recruit in the class of 2015. He was the number four ranked recruit in the state of Wisconsin.

College Career: Baun also played quarterback in high school, but his best fit for the Wisconsin Badgers was as a linebacker. As a redshirt freshman, he played in 12 games but didn’t have a whole lot of production. In 2017 he missed the entire season with a foot injury. In 2018 Baun started all 13 games and finished the season with 63 tackles, 2.5 sacks, and one interception. His senior season he was one of the better defensive players in the Big Ten. He finished with 12.5 sacks and that was good enough for the first team, All-Big Ten honors.

Pros: Baun is a versatile player and that is going to really help him in the NFL. He is a good linebacker but can also put his hand on the ground and rush the passer from the defensive end position. He has plenty of different moves to get through the offensive lineman. He does a good job of reacting to plays early and making the right play. He isn’t big enough to set the edge on run plays, but he still does his best and he might overperform for his size.

Cons: The physical limitations are there for Baun. He isn’t that long, and that will limit him some in the NFL. He also struggles when the offensive lineman is the first to make contact. Getting a little stronger would probably help Baun in that area. He also only really played one full season where he was a pass rusher. If that is what a team wants to do Baun also had a diluted drug test sample at the NFL combine and that could be a concern for some team.

Projected Teams: Bill Belichick loves guys who are versatile and Baun would make a lot of sense on their defense. He is a guy that could fill in right away on that defense. The Green Bay Packers no doubt have watched a lot of him with him just being down on the road, and that defense still needs some help.