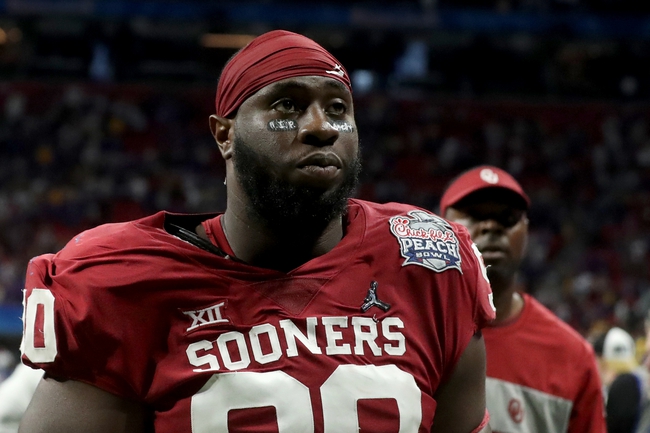 Defensive tackle Neville Gallimore is projected to be a late first or second-round draft pick. Coming out of high school, Gallimore was a four-star recruit in the class of 2015. He was the 11th ranked defensive tackle in the draft.

College Career: Gallimore redshirted his first season with the Oklahoma Sooners trying to get used to the step-up in competition after coming from Canada. In 2016 Gallimore played in all the team’s contests racking up 40 tackles and one sack. 2017 was a lost year for Gallimore as he dealt with injuries. In 2018 he was named an honorable mention for the All-Big 12. As a Senior, it was Gallimore’s coming out party finishing with 30 tackles, four sacks, and two forced fumbles.

Pros: Gallimore is a hard worker, and he beats the offensive line with his first quick step off the line of scrimmage. He also never gives up on a play until the whistle blows. Often he will look like he is out of the play but he will keep fighting and make the play late. Gallimore also will use multiple moves to get by offensive lineman and keep them off-balanced. His game should translate really well to the next level.

Cons: When he is double-teamed he sometimes disappears and in the NFL he needs to work on still being a threat in that situation. He also has struggled at times getting good extension with his arms and that could be an issue. At times, Gallimore seems to be He also isn’t someone who can move around the line much, which could frustrate teams.

Projected Teams: The Houston Texans need interior defensive line help, and bringing in Gallimore would be a great asset for their team.

Gerald McCoy is gone for the Carolina Panthers and they are another team that needs some defensive line depth. He might not be a starter right away but at worst he is a rotational player as a rookie.

The pick in this article is the opinion of the writer, not a PickDawgz site consensus.
Previous Pick
Seattle Seahawks 2020 Win Total- NFL Picks and Predictions
Next Pick
Jaylon Johnson 2020 NFL Draft Profile, Pros, Cons, and Projected Teams