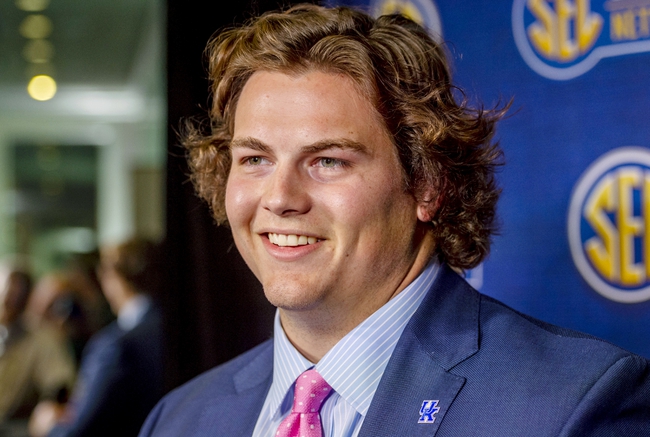 Offensive lineman Logan Stenberg is projected to be a mid-round pick in the 2020 NFL draft. Coming out of high school in the class of 2015 he was a three-star recruit. He was the 27th ranked player in Alabama.

College Career: After redshirting his first year, Stenberg was a reserve as a redshirt freshman but got some good experience. In 2017, Stenberg started all 13 games at left guard. In 2018 he started every game at left guard again, and he was a big reason, Benny Snell Jr. had such a big year. During the 2019 season he was the starter again, and was named to second-team All-SEC honors.

Cons: As good as he is in the run game, he really struggles in the passing game because of his average foot speed. He also only has played left guard and it’s unclear if he could play any of the other positions. He also committed a lot of penalties during his college days, and it’s something that will need to be cleaned up in the NFL.

Projected Teams: The Kansas City Chiefs need some offensive line help and they could use some competition at the guard position. Bringing in Stenberg would be a great option to improve their team.

The Minnesota Vikings also need some offensive line help and he could be a perfect project that could be a starter a few years down the road.

Most teams select at least a couple offensive lineman each draft, and Stenberg fits a lot of teams' schemes.