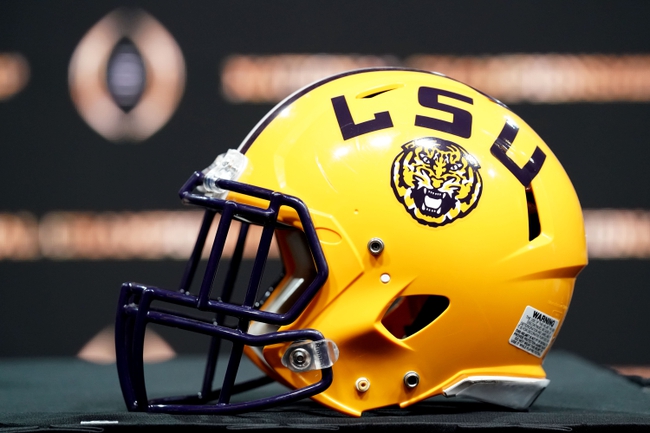 Linebacker K’Lavon Chaisson is a projected first-round pick. Coming out of high school, Chaisson was a four-star recruit in the class of 2017. He was the fifth-ranked player in the state of Texas.

College Career: In 2017 as a true freshman, Chaisson started three games and finished with 27 tackles and two sacks. In 2018 he was expected to have a big role but he tore his ACL in the season opener and his season was lost. During the 2019 season, he was named to first-team All-SEC and he helped the Tigers win the National title. Chaisson finished the season with 13.5 tackles for a loss, and 6.5 sacks.

Pros: Just looking at Chaisson he looks like the prototypical NFL player. He is a very flexible player and he does a good job of blitzing when he lines up on the edge. Chaisson also does a great job of getting a strong first step and that helps him get a leg up on the offense. He is good in space and looks very comfortable in coverage. When he is against the defensive line he has some good moves to get around them. He is also still young and his game looks like there is room for improvement, which is a good thing.

Cons: There are not a whole lot of flaws with Chaisson’s game, and just little areas that need to improve. At times he needs to do a better job of setting up the offensive line to make his moves more effective. He also has a very good body but there is a little more filling out to do, and that would improve his game even more.

Projected Teams: The Atlanta Falcons make a lot of sense if they don’t trade up, and Chaisson makes a lot of sense for them in the middle of the first round. The New York Giants are another team that needs defense help in a big way and if they were smart they would try to find a way to get the former Tigers standout.