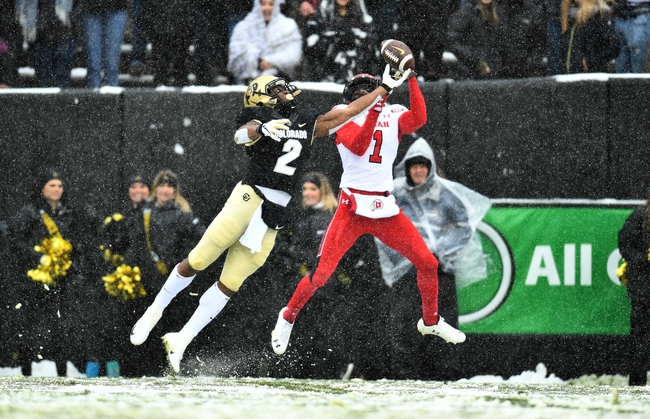 Cornerback Jaylon Johnson is projected to be selected in the first couple rounds of the NFL draft.Coming out of high school Johnson was a four star recruit in the class of 2017. Johnson was the ninth-ranked cornerback and 10th ranked player in the state of California.

College Career: Coming out of high school Johnson was a highly rated recruit and he continued his strong play with the Utah Utes. As a freshman, Johnson only made two starts, but he still made the most out of it tying for the team lead in pass breakups. In 2018 he was named to the Pac 12’s first team all-conference. In 2019, he had 11 pass breakups and two interceptions which was good enough for second-team All-American. He has been dealing with a torn labrum and had surgery after the NFL combine to deal with that.

Cons: Pass interferences could be a big problem at the next level. The longer a route is the more grabby he gets and in the NFL he is going to get called for that. If he isn’t up in press coverage, he usually is too far away from him, and give up easy catches.

Projected Teams: The Minnesota Vikings need secondary help bad and they have two first-round draft picks. Depending on how the board falls, they would be a great option for Johnson with one of those two picks.

The Denver Broncos also have some big holes in the secondary that need to be filled long term.