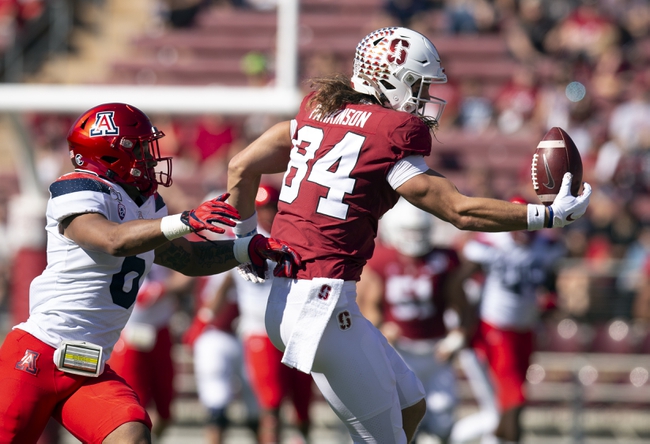 College Career: Parkinson was a highly touted recruit when he joined the Stanford Cardinal. In 2017 as a backup, Parkinson caught only ten passes but four of those ended in a touchdown. In 2018, he caught 29 passes for 485 touchdowns and seven touchdowns. In 2019 he didn’t find the end zone much, but he still caught 48 passes for 589 yards. For his efforts, Parkinson was named to the All Pac 12’s second team.

Pros: Parkinson is another one of those Stanford tight end’s that is extremely smart. While he was with the Cardinal he lined up in multiple positions and should be able to line up multiple places in the NFL. He’s not the greatest blocker, but he does enough in that position to not be a liability. Parkinson does a good job of using his weight to drop down and linebackers and safeties. He also does a good job of using his hands to catch the ball, and not letting it get all the way back to his body.

Cons: He is a really good receiver when lined up at the end of line scrimmage, but out wide e sometimes has issues getting off the line of scrimmage. Parkinson isn’t slow, but he could use his feet better to set up defensive backs to try and get him back. With that slow break off the line, quarterbacks sometimes can’t look his way because they are under pressure in the backfield by the time he is in a position to catch the ball.

Projected Teams: Any tight end in this draft is being connected to the New England Patriots and for good reason, they need a tight end or two.

The Carolina Panthers are another team that could look at the tight end position with Greg Olsen gone. Teddy Bridgewater loves to use a tight end, which makes it even more important for the team to improve that area.