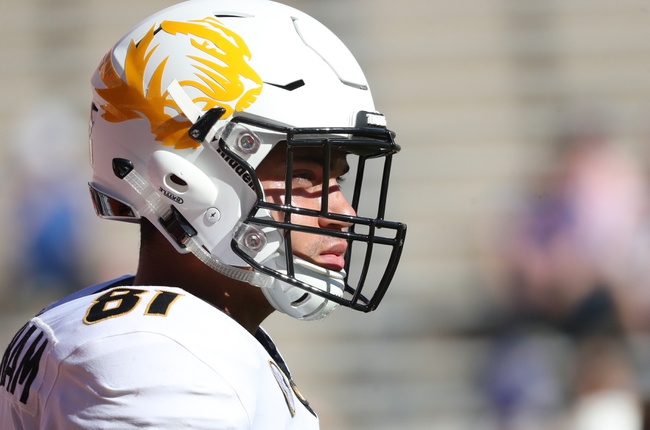 Tight end Albert Okwuegbunam is projected to be a mid-round pick in the 2020 NFL draft. Coming out of high school in the class of 2016, Okwuegbunam was a three-star recruit. He was the 30th ranked tight end in the class, and 16th ranked player in the state of Illinois.

College Career: As a redshirt freshman, Okwuegbunam was a standout tight end for the Missouri Tigers, catching 29 passes for 415 yards and 11 touchdowns. He was named second-team All-SEC for his performance as a freshman. Each of the last two seasons, Okwuegbunam has dealt with some injuries, but during the 2019 season, he still caught six passing touchdowns. For his efforts, he was named to the second team All-Conference.

Cons: As good as he is at deep routes, he does struggle with his shorter routes, and that will need to be improved to become a polished wideout. At times he also gets slow off the line of scrimmage. He also sometimes stands too tall in his breaks which makes it hard to open up underneath. There are also some questions about his maturity that could make him fall down some draft boards.

Projected Teams: The New England Patriots need to come away with at least one tight end in this draft and Okwuegbunam makes a lot of sense. If Bill Belichick and the front office are comfortable with his maturity, it makes a lot of sense for the Patriots to bring him in.

The Green Bay Packers also need some tight end help and give Aaron Rodgers another depe target would make a lot of sense.