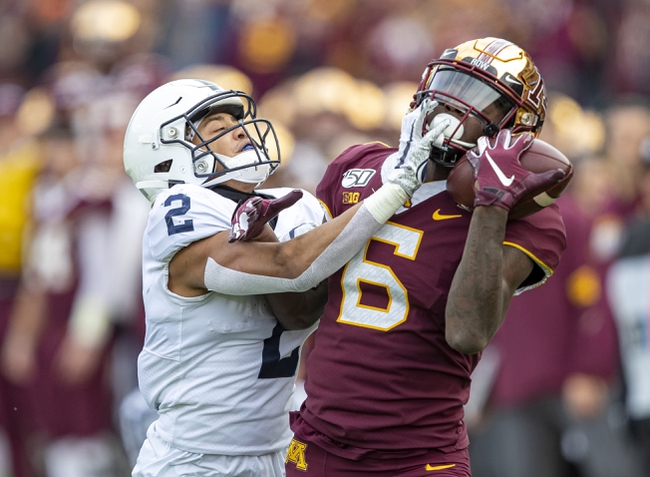 This is a loaded draft class for wide receiver and Tyler Johnson should be a mid-round pick. Coming out of high school in the class of 2016, Johnson was a three-star recruit and the fifth-ranked player in the state of Minnesota.

College Career: In high school, Johnson was a high school quarterback but at Minnesota he switched to wide receiver. As a freshman, he found a little success with the Gophers catching 14 passes for 141 yards and a touchdown. As a sophomore, he missed the last two games of the season but was still named All-Big Ten honorable mention. Johnson caught 35 passes for 677 yards and seven touchdowns. His junior year. Johnson had another big year putting up 1,169 yards and 12 touchdowns, and there was some thought he would leave for the draft. He ended up coming back for one more season and put up 1,318 yards and 13 touchdowns.

Pros: Johnson is an elite route runner who does a great job of setting up defenders for his cuts. He also has great ball skills and isn’t afraid to take the big hit to come away with a catch. He also has gotten better each year in college and there is no reason why that won’t continue to happen in the NFL.

Cons: The hands are a problem at times, and it’s something he needs to get better at in the NFL. He also doesn’t have the most explosive first step and that can cause him sometimes to not separate from defenders.

Projected Teams: Tyler Johnson has played all of his football in the state of Minnesota and it would make sense for the Minnesota Vikings to use a middle-round pick on him. He would be the perfect big-bodied receiver to go get jump balls from Kirk Cousins.

The Green Bay Packers are another team that needs wide receivers and Johnson should be on their radar.