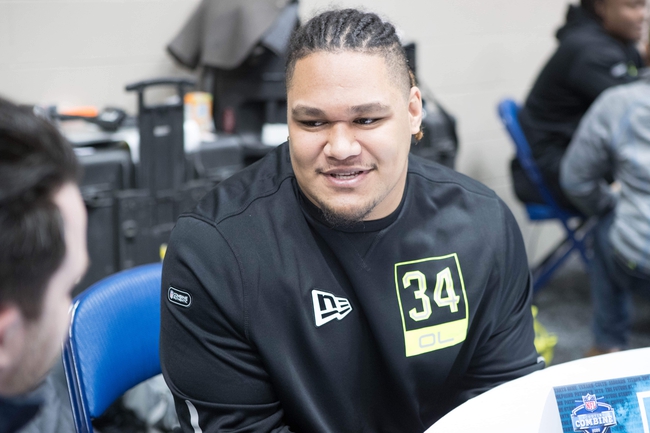 Guard Netane Muti is a true wildcard in this draft, and some believe he could be one of the steals of the draft.Coming out of high school in the class of 2016, Muti was only a two-star recruit.

College Career: Muti played his college football at Fresno State, but he didn’t get to show a lot of his talent because of injuries. Coming out of high school, Muti was a standout on the offensive and defensive line. His first year on campus he tore his Achilles and in 2018 he could only manage two games before tearing his Achilles.His 2019 season only involved him playing three games before his season was cut short with a  foot injury.

Cons: The first negative with Muti’s game has to be with injuries. He has suffered all kinds of injuries and that is a concern going to the next level.At times his weight distribution is off which throws him off balance. At times his feet also stop, and that also causes him to get beat and get his quarterback hit. Most of those can be fixed but teams first concern will be the injuries for Muti.

Projected Teams: The Baltimore Ravens are a team that needs offensive line help, and Muti is athletic enough to fit right in with their offense.

Other teams that could be interested are ones who are confident with their offensive line and don’t need him to fill in right away. If a team puts all their eggs in a basket with Muti, and he gets injured, there are going to be a lot of questions asked about that front office.