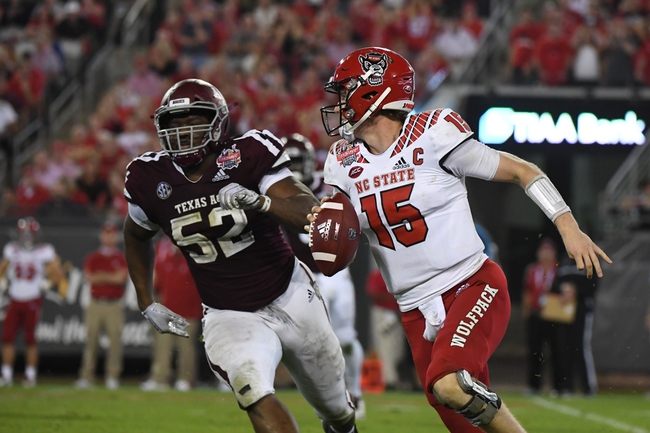 Defensive lineman Justin Madubuike is projected to be a second or third-round pick in the draft. Coming out of high school in the class of 2016, Madubuike was a four star recruit. He was the tenth-ranked player in the state of Texas.

College Career: It didn’t take long for Madubuike to become a force for the Texas A&M Aggies. He started 12 of the teams 13 games as a Sophomore racking up 6.5 sacks and three forced fumbles. For his efforts, he was named the Aggies defensive most valuable player. As a Junior, his stats were just as good putting up 5.5 sacks and 11.5 tackles for a loss. He also had an interception and blocked a kick.

Cons: The biggest question for Madubuike has to do with his effort. At times he plays with a ton of effort, but other times he takes plays off, and that won’t fly in the NFL. At times he also could use his hands to help with his leverage. The Hands are just getting nit picky, but he needs to be more crisp at the next level.

Projected Teams: The Minnesota Vikings are a team that needs some defensive line help, and if they can get him with their second round pick they would have to be pleased.

The Tennessee Titans are another team that needs some defensive line help, and Madubuike could step in right away and be a rotational player. This isn’t a project player, so teams should expect him to start right away.