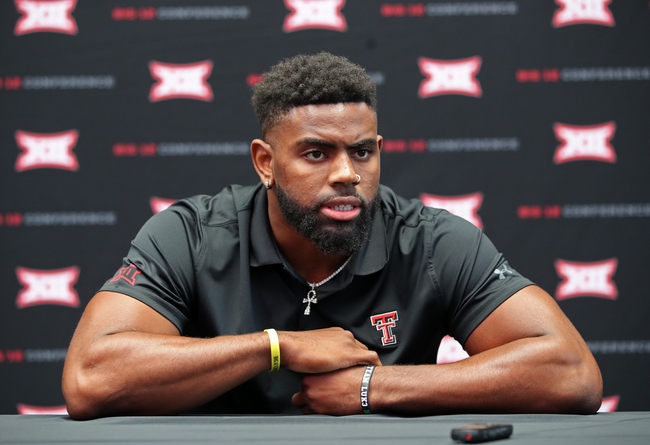 Linebacker Jordyn Brooks is expected to be on the second day of the NFL draft. Coming out of high school, Brooks was a three star recruit in the class of 2016. He was the 115th ranked player in the state of Texas in the class.

College Career: Brooks was an impact player from the moment he stepped on the Texas Tech Red Raiders campus. He was named to an all-conference team each of his four years with the Red Raiders. As a freshman, he started 11 of 12 games, and led the team in tackles. The next two seasons were similar to Brooks' first year on campus. In 2019 is when he got everyone’s attention leading the Raiders 108 tackles with 20 of them going for a loss. Brooks was named to the first-team All-Big 12 team.

Cons: The one big knock on his game is his coverage when he has to step back. He wasn’t asked to do that at Texas Tech, but in the NFL it’s something that Brooks is going to need to do. When he is trying to get through contact he sometimes doesn’t use his hands enough, and although he got away with it at Texas Tech, at the next level he needs to play more refined.

Projected Teams: The Chicago Bears need a linebacker like Brooks and he would make a sense with one of their two second-round picks on him. The Los Angeles Rams could also use another linebacker and their 52nd ovrall pick could be the perfect selection to use.