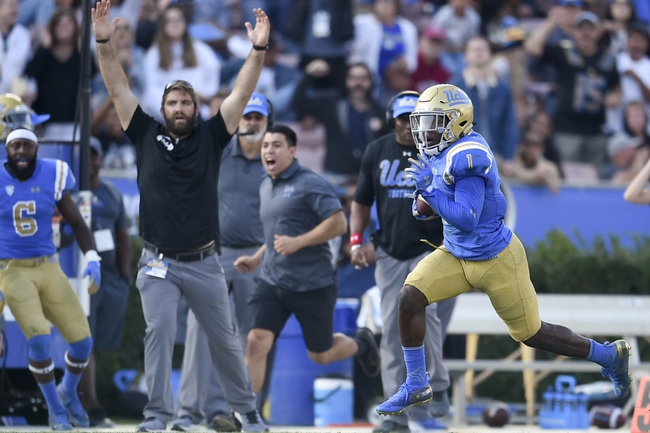 Cornerback Darnay Holmes might be one of the players most hurt with what has happened the last couple of months, and there is a chance he won’t get drafted. That is quite the fall for a player that was a five-star recruit in the class of 2017. Holmes was the number three cornerback in that draft class.

College Career: It only took three years for Holmes to graduate with a degree in African American studies, and he was pretty good on the football field too. As a true freshman he started 11 games and had 39 tackles and three interceptions. As a sophomore, Holmes once again had three interceptions. During the 2019 season Holmes missed some times with injury, but still made ten starts and had ten interceptions.

Pros: Holmes has great athleticism for a cornerback and he is a really good tackler. When coming up and playing against the run, he does a good job of making form tackles.His footwork at the line of scrimmage is elite, and not often does he fall behind a receiver off the line. He is also a strong special teams player and he should be able to contribute right away as a rookie on that part of the field.

Cons: Holmes is a talented player, but he still needs to work on some of the finer parts of the game to take the next step. He at times also needs to use his hands more at the line of scrimmage to try and bounce the wide receiver off of them. He had some interceptions during college, but there were other times he could have had more but he didn’t make the plays. If Holmes can work on his hands, he very well could be one of the steals of the draft.

Projected Teams: The Minnesota Vikings are the team that needs to get Holmes. Holmes working with Mike Zimmer who is great at improving cornerbacks would be great for both sides. If the Vikings do draft him, he might be the starting cornerback in a couple of years. He would also be a cheap option, and the Vikings don’t have a whole lot of cap space.